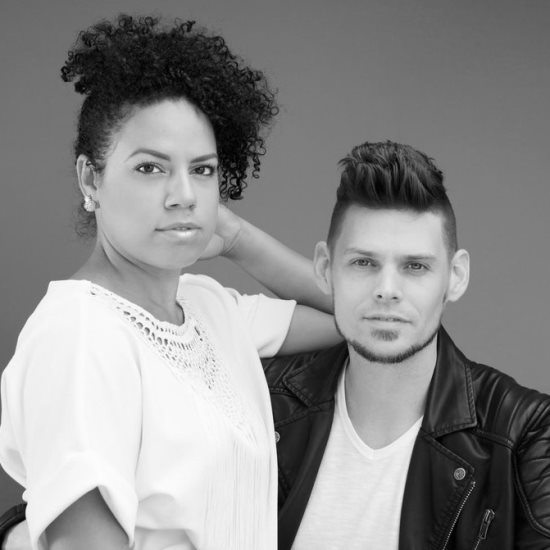 It's been two years since our boy Jarrod Lawson released his stellar debut album. Since then, the gracious artist has been featured on various projects in addition to actively touring around the world. And though Jarrod Lawson (the man and the album) still sounds as good as ever, we've been hoping for some new music from the multi-faceted musician.

The bad news is that we'll have to wait until next year for a Jarrod Lawson follow-up. But the good news...and trust us, it's GOOD...is that he and fellow Portland artist Tahirah Memory have released a collaborative EP titled InterMission. Tahirah released her own debut album Pride last summer, but she's no stranger to the stage (or the studio), having worked with artists like Esperanza Spalding, Lyfe Jennings, Farnell Newton and her own father, GRAMMY winning jazz trumpeter Thara Memory. She also happens to be one of Jarrod's background vocalists, so it's safe to say that the duo shares a special aural chemistry that begs to be heard.

The project is being offered as an autographed limited edition vinyl album, with only 500 will be made. A joint statement further explains, "The mission of this music is to continue to share with you all our passion for soul and creativity at the highest level, as often as possible. Between the impending releases of each of our second individual LPs some time in 2017, we have decided to collaborate to exploit the unique sound that seems to stem from working together. As two completely different artists with different strengths and abilities, it is a blessing to be able to collide and stretch ourselves through our cowritten material....The InterMission vinyl is a special piece of each of us. Its value surpasses that of a mass produced digital record, and the music is timeless."

SoulBounce is a firm believer in supporting independent artists. Plus, we've heard these two live (most recently at the 2016 Capital Jazz Fest), so we have no doubt that it's a worthwhile investment. Listen to the InterMission teaser below as well as a full version of EP track "All the Time" (originally featured on Tahirah's album Pride) and see if you don't agree. The album will be available on June 28th, but is currently available for pre-order via their special website. But if vinyl isn't in your future, you can still hear Jarrod Lawson and Tahirah Memory via their respective albums, which are currently available for download via Bandcamp or iTunes. They'll also be performing live this weekend at the Toronto Jazz Festival and the Saratoga Jazz Festival before heading to the UK for Tahirah's headlining mini tour.