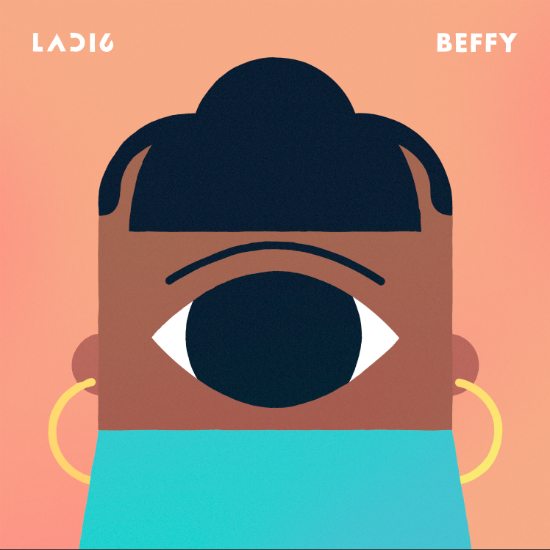 New Zealand’s group Ladi6 never fails to surprise us with their eclectic take on neo soul and hip hop. Composed of lead singer Ladi, beatmaker/producer Parks, drummer/producer Julien Dyne and keyboardist/producer Brandon Haru, the group has made name for itself over the past few years, with songs such as "Diamonds" and "Ikarus" finding their way onto countless playlists and underground set lists. Last year, the band teamed up with the New Zealand bar chain The Matterhorn to host a collection of shows called The Alpha Sessions. These sessions acted as a creative playground where the band evolved their neo soul/electronica sound. One of the songs to arise from those sessions is the heartache anthem “Beffy.”

The track finds lead singer Ladi suffering from a love hangover, expressing her pain, sorrow and regret in a way that only her beautifully raspy voice can capture. Meanwhile, bandmates Brandon Haru and Parks provide an eclectic backdrop of bouncy synths and chimes, creating an enchanting soundbed for both reminiscing about love or doing a two-step.

While we couldn’t decipher what exactly what the term “Beffy” actually refers to, with only dubious answers from Urban Dictionary, what we are sure of is that Ladi6 has delivered yet another solid track. “Beffy” will be featured on Ladi6’s upcoming EP, which will be released later this year.