Louis Futon Remixes GoldLink & Anderson .Paak For Something Rather ‘Unique’ 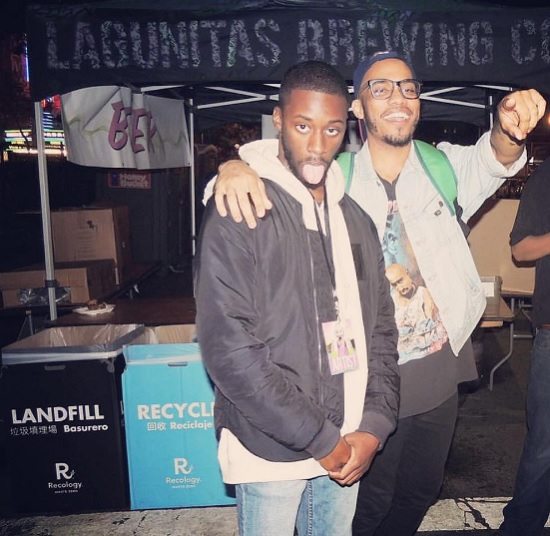 GoldLink dropped one of our favorite hip-hop releases last year with And After That, We Didn't Talk. Anderson .Paak dropped one of our favorite albums of this year so far with Malibu. So when producer and GoldLink collaborator Louis Futon remixes AATWDT track "Unique," which happens to feature Anderson on a hot 16, of course we're gonna talk about it.

The original take on "Unique" is a jam all by itself. It finds GoldLink marveling at finding a girl who is one in a million in every way imaginable, with Anderson chiming in near the track's end to help seal the deal over a cool, calm and collected groove that you can definitely dance to. Louis Futon flips that laid-back party vibe on its head. First, he strips the original groove, replacing it with a few strains of harpsichord, strings and bubbling percussion. He also inverts the verses, with Anderson's verse now coming first as the track morphs from '70s Stevie Wonder to shimmery disco and then an almost trap-inspired groove. While these sudden musical shifts seem like they just wouldn't mesh at all, it surprisingly all comes together rather seamlessly, making this an eclectic jam that'll get you right for the weekend.

Check out Louis Futon's remix of "Unique" below, and if you've slept on GoldLink's debut, rectify that and pick up And After That, We Didn't Talk right now.


TAGS:  Anderson Paak, audio, GoldLink, Louis Futon, stevie wonder
Previous: Morning Soul: Unfold Me And Teach Me How To Be Like Somebody Else Next: Maxwell Releases An Out Of This World Lyric Video For ‘1990x’