SG Lewis & Gallant Aren’t ‘Holding Back’ On This Collaboration 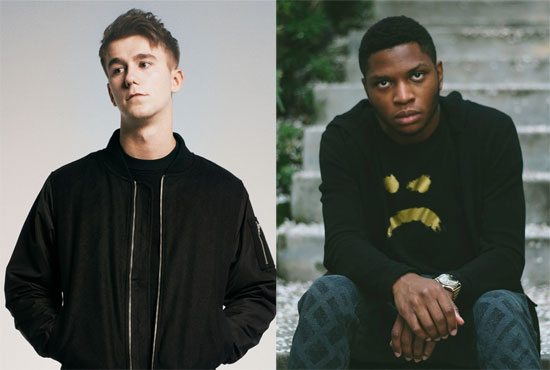 SG Lewis has had us under his musical spell for most of 2016, ever since releasing the hot fire that was "All Night" featuring Dornik to warm us up this past January. That '80s-inspired, synth-heavy jam has not left rotation, but now it has some company with another excellent collaboration, this time between SG and Bounce-Worthy R&B upstart Gallant.

The pair have linked up for the cut "Holding Back," which, similar to "All Night," combines soul and electronic elements. That's where the similarities end, however, with Gallant taking us to the dance floor instead of the bedroom on the mid-tempo groove. Lewis' layered synths percolate as a steady drum beat pumps life into the track. Lyrically, Gallant lets his love interest know that he has his issues, but he's trying to do better. He kicks off the song, "Maybe I'm indifferent / Maybe I'm not thinking straight again / Drowning in decisions / I can't see no way to let you in / I know I shouldn't play these games / But why would you think that I could change in the morning?" Gallant is very self-aware and introspective throughout and doesn't hold back with letting his feelings and harmonies flow.

The single "Holding Back" is available for purchase on iTunes as of today, and it will be included on SG Lewis' upcoming EP, Yours. There's no drop date for that project yet, but SG released the title track in the past month and it's another banger. "Yours" features Raye's seductive vocals (which Lewis manipulated in the mix), but it's not until the beat drops and the bass kicks in that this song is taken to another plateau of funk. Don't be surprised if you involuntarily start body rolling once you start listening to it. Get into both "Holding Back" and "Yours" right here, and join us in stalking SG Lewis on social media for any news of Yours' release.