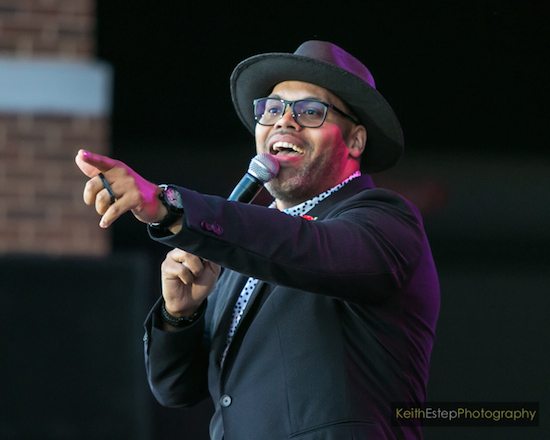 As the sun began to set on the first day of the 2nd Annual ATL Soul Life Music Festival, it was time for Eric Roberson to set it off following performances by Syleena Johnson and Anthony David.  He started his performance with the song "Talking Reckless" from his 2011 album, Mister Nice Guy, before reaching further back to 2007 to sing "Been In Love" sans Phonte. Another duet with The Foreign Exchange's frontman came next, but Roberson held it down just fine solo on "Picture Perfect."

Although he was freshly dipped in a hat, suit and dress shoes, Roberson remained cool as a polar bears toenails for the duration of his set. Erro slowed the tempo down on a pair of love songs ("Mark On Me," "Dealing") before cranking things back up on the stepper's groove "Borrow You." This SoulBounce fave wasn't done there. He ended with the crowd favorite "Change For Me," which elicited a raucous response from the audience when he interpolated lyrics from Cajmere's house classic "Percolator" into a hilarious mix to shut it down.

One of a few acts to be asked back after the first year, Erro made sure to put on another lively show to ensure he'd be asked back for a third time.