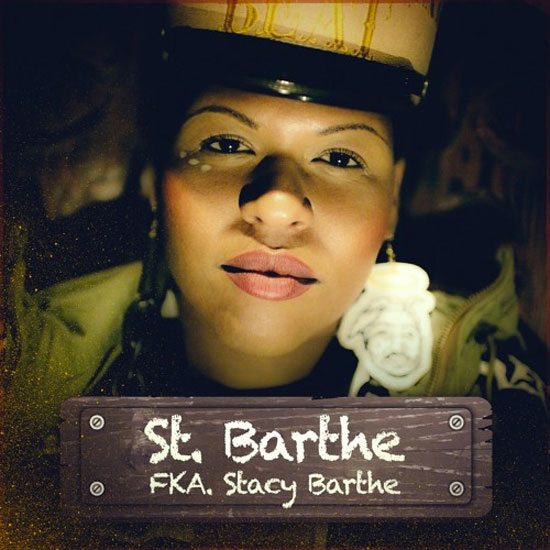 Stacy Barthe has not only dropped her former name for the new moniker St. Barthe, but she’s also blessed us with a new body of work by way of the six-song EP called FKA Stacy Barthe.

According to a recent interview with Billboard, this new EP is a reflection of where she is sonically as well as personally. St. Barthe credits her recent personal growth to having spent the past year nurturing her mental health stating, “It’s something we don’t talk about in the urban community, but it’s important to talk about what you’re going through on the inside.”

Here at SoulBounce, we’re no strangers to the singer/songwriter’s passion and inspiration. Last year’s LP BEcoming chronicled her journey to self-love through revealing stories of body image, suicide attempts and relationship drama. St. Barthe is no longer with Motown Records, however, that doesn’t seem to slow down her artistry one bit. Of the new body of work, she calls it “pretty progressive in terms of its themes and genres" and shows her moving in new directions.

Having dropped both the EP and visual for the first single, “Virgin,” on May 27th, we were pleasantly surprised to hear duality presented on the record. Both vulnerability and strength shine through on St. Barthe’s interpretation of Madonna’s 1984 hit, “Like A Virgin.” The smooth vocal tone is accompanied by a tribal-feeling mid-tempo beat and poignant lyrics as St. Barthe proclaims, “You see I did it, but I never did it in love.”

“Neutral” is the standout track on the collection. Although it’s more of an interlude of sorts, it resonates with every word St. Barthe has uttered about the project. While the production sounds like a dope mix of Caribbean and African instrumentation, the lyrics continue to echo the theme of strength through vulnerability. “If you ask me how I’m doing / I’ll tell you if you really wanna know / You see I’m somewhere in between amazing and suicidal / That’s if you really wanna know,” she sings. As if that weren’t enough, she then goes on to interpolate a Michael Jackson lyric into the mix, smoothly crooning as only she can, “Too low to get under / Too high to get over / So I’m stuck in the middle.”

On “Burnt Out,” St. Barthe cleverly opens with a reference from P!nk's “Just Like A Pill.” Yet another standout, “Burnt Out” not only showcases her excellent pen game, but with its raw yet lusciously stacked harmonies set against the backdrop of mere piano keys, this might be Barthe’s most revealing studio performance to date. On “More,” Barthe yearns for just that from her love interest while smoothly commanding and affirming that a better life is all hers through boundless imagery and metaphors.

“Live to Tell” finds Barthe questioning social stereotypes. This is a clever move from the singer as she juxtaposes her social commentary against an infectiously tribal production. “Can’t Stop the Shining” opens with some dope mid-tempo production and more airy vocals from Barthe, as she politely lets her haters know that they “can’t stop the shining” on her life and endeavor].

When asked what’s next for her, like a true victor, St. Barthe responds sounding something like a musical architect, surprisingly stating that the next project will be a jazz album which is her “favorite music" because "the instruments are like lyrics.” Stacy plans on incorporating Afro-house and Haitian kompa music into the project, which she plans to begin in July. Aside from that, she’s putting those songwriting skills to good use with a feature on Fantasia’s upcoming LP and plans to work with both Miley Cyrus and Mary J. Blige.

If this EP is any indication of what’s ahead for the “flawed beautiful creature” that is St. Barthe, then we have every faith that she’s headed in the right direction.