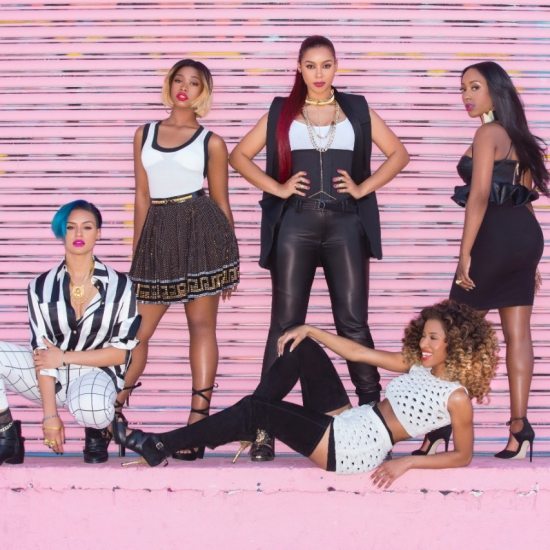 If you've been following Kelly Rowland's BET docu-series Chasing Destiny, which documents the former child of destiny's search for the next big girl group, then you've come to fall in love with the five ladies — Shyann Roberts, Krystal Lyndriette, Brienna DeVlugt, Ashly Williams and Gabrielle Correiro — that she's chosen. We were already somewhat blown away by the first preview of what the vocal quintet can do when they tried their hand at Drake's oft-covered 2015 jam "Hotline Bling," but this time around the ladies are bringing something wholly original to the table in the form of buzz track "All Of Us."

The as-yet-unnamed group (which, by the looks of things, might just adapt the show's name as their own moniker) makes a pretty strong pop/R&B debut with the single, which finds them talking about finding love and introducing him to the fam. While the ladies are indeed smitten, this introduction comes with a stern warning: if he makes one false move, then he's going to have to deal with the whole crew — best friends, mommy and cousins included. They deliver this message over a smooth, synthesizer-heavy groove that's given extra oomph thanks to bumpin', hi-hat-ridden percussion courtesy of producers Matthew Burnett, DZL and Rowland herself. Kelly's hand is decidedly felt as well, with the group's vocal inflection and delivery sounding strikingly similar to their mentor's throughout the track.

Are we here for Kelly's girls? Take a listen to "All Of Us" and decide for yourself.