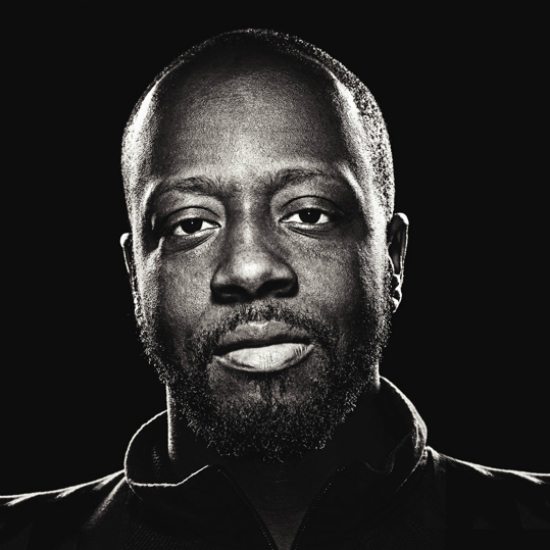 While the world was giving a stern side-eye at Lauryn Hill and her recent antics, we seem to have turned our backs to her former bandmates, Wyclef Jean and Pras Michel from the Fugees. While Lauryn was heralded as the breakout star, the mastermind of the group was always Wyclef. One of the original rappers-turnt-sangers, Wyclef not only had an amazing career in the late ‘90s/early 2000s, but he produced acclaim records for stars such as Shakira, Whitney Houston and many others. The star even tried to run for president of his native country, Haiti. Now he’s returning to the world of music with his first album in seven years, Carnival III: Road to Clefication, with the song "Hendrix" that touches on his humble beginnings, shooting for the stars against the dark world of the New Jersey slums.

“When my cousin got his first tat / I was playing Jimi Hendrix in the basement / All I wanted to be a rock star / And all he wanted to be was Escobar,” exclaims Wyclef on the chorus, presenting a stark dichotomy between himself and his surroundings. This message is carried throughout the song as he talks about his contemporaries in the hood. ‘Clef takes some obvious cues from the some of the new kids on the block, incorporating a trap-esque drum pattern into the song, along with a rapid-fire sing-song flow reminiscent of any random Atlanta rapper. However, the song is still distinctly ‘Clef, as the rock elements such as electric guitar, organ and other instrumentation shine throughout. While there are times where he comes off like the old man in the club like he did on the 2013 track "Mid Life Crisis," it actually works and isn't off-putting here.

While not a commercial banger out the gate, Wyclef has returned with a solid track in “Hendrix.” According to the Haitian sensation, we can look forward to more thought-provoking tracks on the upcoming album, as the album attempts to tackle significant social issues. However, with names like DJ Khalid, Afrojack and Avicii on the guest list and the previous buzz single "Girl," Jean promises to give his fans some party and bulls**t anthems as well. We can look forward to some Clefication this fall. Until then, take a listen to “Hendrix” and let us know if Wyclef has your attention again.


TAGS:  afrojack, audio, Avicii, DJ Khaled, jimi hendrix, lauryn hill, pras, wyclef jean
Previous: Kandace Springs Sets Our Spirits Free With ‘Neither Old Nor Young’ Next: Marsha Ambrosius Digs Through The Crates In ‘Have You Ever”