Home Pause For A Cause, Soul On Film, Video SoulBounce 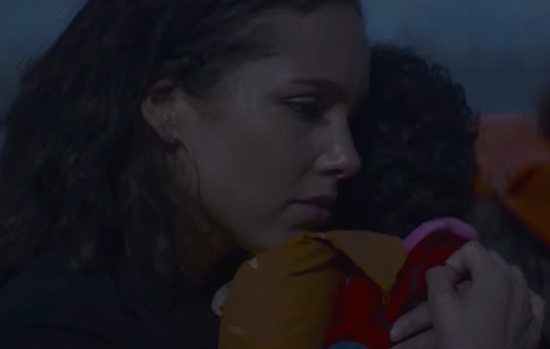 Last month on World Refugee Day (June 20th), Alicia Keys released a beautiful short film named Let Me In in conjunction with several organizations partnered to raise awareness and spark global conversation and activism around the refugee crisis. Those organizations included CARE, HUMAN, Oxfam, War Child and the Alicia Keys founded We Are Here. According to the clip’s director (who also works for HUMAN), Jonathan Olinger, “The intention behind Let Me In is to bring the struggles of refugees and displaced people into a relatable context.” This intense 11-minute mini-movie does just that.

The short film creatively reimagines the refugee crisis with America — or more specifically Los Angeles, California — as the affected war zone. As Alicia's character shares a tender moment of nurturing her kids over breakfast in the burbs, they are interrupted by a bomb blast that changes everything. They immediately flee their burning home with other uprooted Americans to the neighboring border of Mexico. Along the way, Keys’ latest single “Hallelujah” sets the tone for the scene as it somberly plays in the background. The track’s raw emotion is perfectly captured as it magnifies the angst and despair of the actors, which then somehow magically transitions into a beautiful kind of hope. While evacuating, Keys is separated from her daughter and the story of a family bond broken is actualized in a rare on-screen moment from Keys. The clip ends with us never knowing whether or not the family is reunited. It left us torn between concern for the young girl’s future without her family and hope for their reunion in a new land. The short film unequivocally drives home the overall message of the clip. It is estimated that over 65 million people in the world are currently displaced, more than at any other point in history, with half of those people being children.

Watch Let Me In and listen to Alicia Keys' passionate plea on “Hallelujah” right here. If you want to get involved, viewers can show their support by visiting We Are Here's website and making a contribution that will go towards items that will benefit refugees around the world through We Are Here and its partnering organizations.