B. Slade Makes A Statement With His ‘#BLACKBLOOD’ 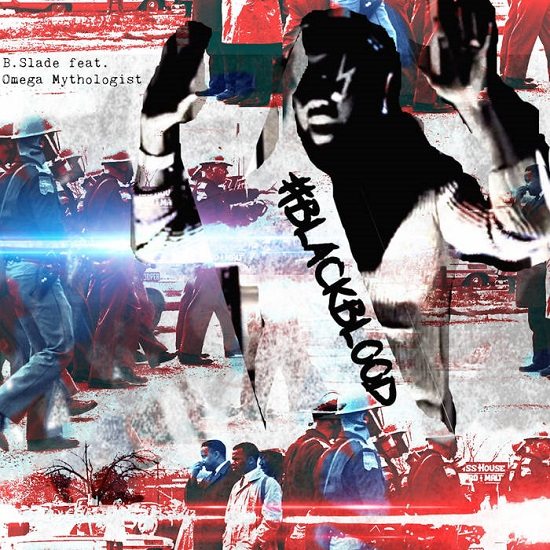 Artists are continuing to speak out against the epidemic of police violence against African-Americans. While we've heard from the likes of Miguel, V. Bozeman, Shawn Stockman and more, there can never be too many voices raised in protest against injustice. The latest to demonstrate through his music is B. Slade. The always-outspoken singer-songwriter comes correct with his latest single, "#BLACKBLOOD," taking on the subject head on and reflecting on life as a Black man in America.

Utilizing a menacing loop of strings and bass (which puts us in the mind of classic mid-'90s hip hop), B. Slade weaves a tale of a police stop and what goes through a Black man's mind as those red-and-blue lights flash in their rearview mirror. "Pull him over to the side," he begins. "The suspect's nose is way to wide." Soon he's pleading the blood, begging, "Lord, don't let me be another hashtag / I don't wanna die." The ominous tone of the song paired with B.'s churchy vocals help to illuminate the mindstate of African-Americans in this chaotic time. Rapper Omega Mythologist steps in to deliver a verse as well, his raspy-voiced call to action a fitting coda to the track as B. let's the beat ride out 'til the end.

"#BLACKBLOOD" is yet another powerful entry in the growing pool of modern-day protest songs. Give it a spin below. And for more music in protest of police brutality and the troubling times we're in, check out our Movement Music playlist here.