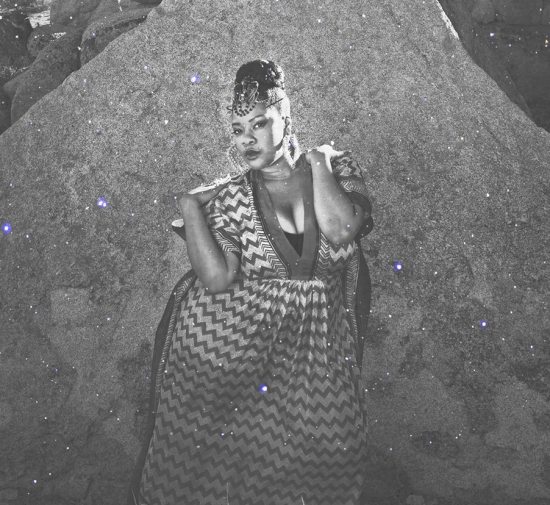 We've loved Jimetta Rose since we first heard her beautiful voice on her debut The Barber's Daughter 2010. Since then, though, we've had to take our dose of Jimetta any way we could get, as she's mostly done a few collaborations with folks like The Decoders, Shafiq Husayn and Quantic. But this year looks promising for us lovers of Jimetta, as she's set to drop her mini-album The Light Bearer, her first collection of solo material in six years, in the middle of August. And to top that off, she's blessing us with the funky goodness of lead single "Catch A Vibe" to set things off.

For this joint, Jimetta tapped producer, friend and fellow sister in song Georgia Anne Muldrow to create the soulful ditty that will have your head nodding from the first note. Georgia does the damn thing on the production tip, making the groove sound like a lost gem from Bootsy's Rubber Band as a sly bass line synth notes dance around each other. It sets the stage perfectly for Jimetta's vocal entrance. "Morning dew makes me think of you," she coos. "Got me shook up on you love / I can't forget." From there, Jimetta provides a soundtrack for one of the sweetest love hangovers this side of Diana Ross. Her reminiscing about how love makes her feel will have you caught up to, especially as this long, hot summer keeps heating up and the summer flings keep burning hotter.