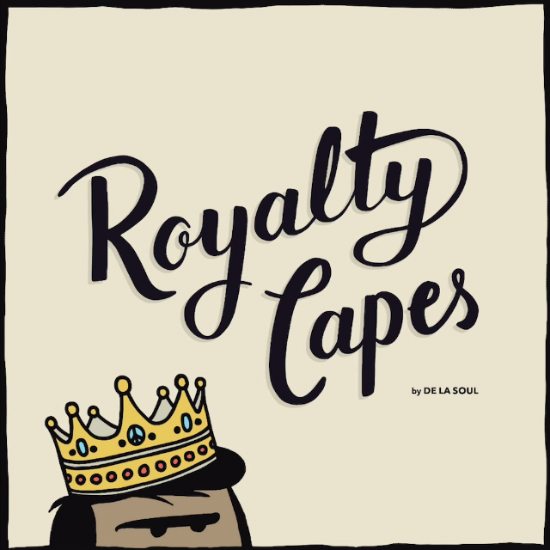 De La Soul, O.G. legends in the rap game, recognized for their witty wordplay, inspirational lyricism and deft sense of humor, often don’t get the props they deserve. Rarely are Posdnuos or Dave mentioned in someone’s top five or Maseo’s strong DJ game acknowledged. Of course, the Long Island natives have also been pretty humble about their contributions to hip hop. However, the group is stepping up to claim their rightful place in rap’s legacy with the boastful loosie “Royalty Capes.”

"Royalty Capes” features the classic sparse boom-bap drums and bass guitar you’d expect in an old school rap song, along with some bombastic horns heralding the verses by each of the MCs, who spit that good humblebrag flow with lines like,“I choke the blood out of felt tips / Heavyweights up to the front if the belt fits / Your wealth is like ivory toothpicks.” Overall, ain’t nuthin’ changed but the date. Rhymes and production are everything you’ve come to you know and love about the Native Tongues representers. While not a party starter, the track is a nostalgic nod to the group’s past and a refreshing change of pace to the trap sounds of today.

“Royalty Capes” is the third release from the band’s first album in 11 years, Anonymous Nobody.  The oxymoronically-titled album was made possible by the band’s Kickstarter campaign, where over 11,000 backers pledged $600,874 to help bring this project to life. The album, which will feature a eclectic mix of guest stars including Jill Scott, Usher, Little Dragon, Snoop Dogg, 2 Chainz, Pete Rock and probably yo momma and yo cousin, too, will drop August 26th.