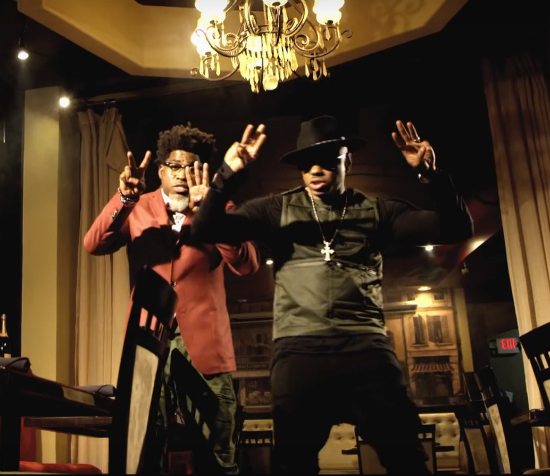 Just in time for your weekend festivities, Donell Jones and David Banner show you how to party right in the visuals for "Never Let Her Go." If you reside in the club for fun, you'll appreciate the new video featuring Donell and David in a lounge flanked by beautiful women. Before the uptempo track starts, we catch David looking out for Donell after he alerts him that the girl he likes is at the club with a cute friend. Once Donell hastily arrives, the scene switches to to the singer dancing with the beauty, scantily clad in a white swimsuit with no water in sight. While the video is tasteful, it's clear the duo are in it for a fun time and probably not trying to make anyone bae.

With his latest single and video in hand, Donell is working on putting the finishing touches on his new album 20, which debuts later this year, and like he declares in the song, we're hoping it is "R&B with a twist." Donell isn't the only R&B crooner making his way back to our hearts. We've seen a few returns this year including Keith Sweat, Maxwell, Bell Biv Devoe and more. So while we usher in what looks like the resurgence of legendary R&B artists, purchase "Never Let Her Go" on iTunes and watch Donell Jones and David Banner get their party on in the video below.