GoldLink’s ‘Spectrum’ Gives Us A Dance Battle Worth Seeing 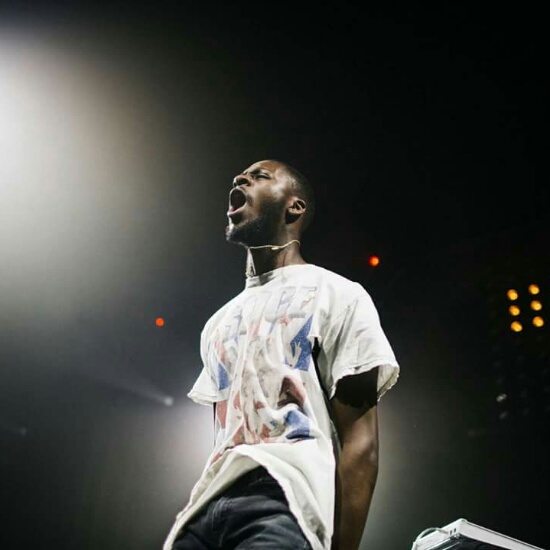 GoldLink hasn't lost any momentum since the release of his full-length debut And After That, We Didn't Talk. Buzz surrounding the DMV rapper is louder than ever thanks to sold out shows, hot collabos, a remix album that is cemented on our summer playlists and a shiny new contract with RCA. The attention is well-deserved, but the humble artist remains on his grind, dropping new visuals for album standout "Spectrum."

Directed by Adrian Pereyra and produced by 88 Rising, the clip exercises its creative liberty by transforming GoldLink's personal narrative into a stylish dance battle. Seeing as how the song features a prominent Missy Elliot sample, we think this video would make her proud. Featured choreographer Brian Puspos is ready for a night out (or in) with his side chick. His leading lady catches them sneaking out and naturally, things get heated. As everyone takes turns serving up some pretty sick moves, things take an unexpected turn.

About the video, GoldLink revealed to Complex (via e-mail), "This song is about a situation I got myself into a few years ago. I wish we dance battled it out... I would have won!" Unfortunately, we don't get to see the rapper show off his moves, but it's an enjoyable visual nonetheless. Watch for yourself right here, and check his website for tour dates. Maybe you'll get to see him dance after all.