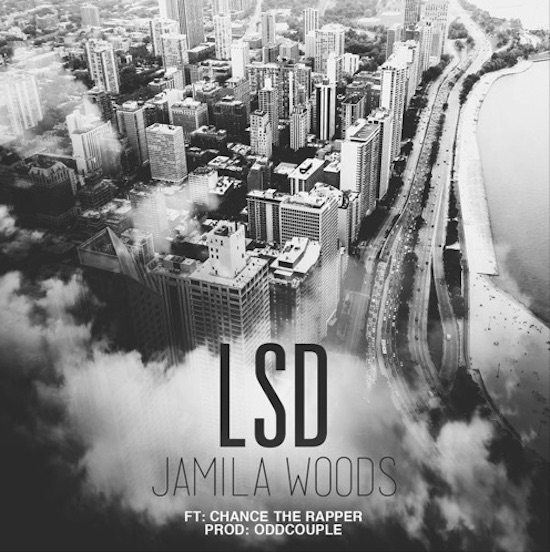 The city of Chicago has been making the news lately for all the wrong reasons. However, before the violence began making the headlines, the Windy City was shaped and molded artists such as Jamila Woods and Chance the Rapper. Woods, alongside her frequent collaboration partner, are determined to not let the negativity cloud their views of the place they call home. To aid in that, they have penned a love letter to their hometown on Woods' latest track, "LSD." Instead of being a reference to the psychedelic drug, here the initials refer to Lake Shore Drive, the beautiful scenic winding road that travels through the heart of the city and hugs the shorelines of Lake Michigan.

Produced by the oddCouple, the song finds the two talking about all the reasons they'll never turn their backs on Chitown, despite the difficulties that prevail such as the violence and gentrification that seem to have taken over. "I could never leave you / I'm only what you make me / Even though you break my heart / The water's gonna save me," Woods sings towards the song's finale. Although its not listed, we're pretty sure that we hear a sample of Donell Jones' "Where I Wanna Be," which makes it even more poignant considering that Jones is also a Chicago native and the fact that his original talks about staying put even when times get hard. All in all, Woods puts forth a touching tribute to her hometown that hopefully reminds people that there is more to the city than what makes the headlines.