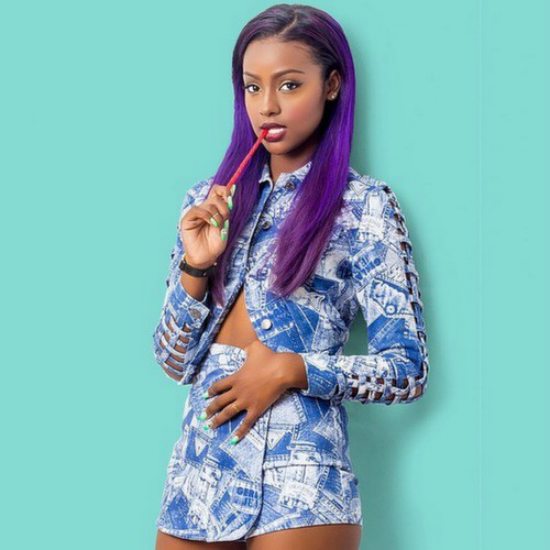 After appearing on ScHoolboy Q’s “Overtime” with Miguel, there has been renewed interested around the singer Justine Skye. Although she is a friend of a Kardashian, has industry co-signs galore, released two decent EPs and possesses strong voice with an edgy pop sound, many wonder why she isn’t more of a thing already. Why hasn’t the 20-something singer/songwriter/model quite “happened” yet? While she was only a blip on our radar before as another PYT on the music scene, her latest loosie “Dance,” just might make people finally stand up and pay attention to the breakout star.

Co-written by R&B lover man Tank, “Dance” is a sensual mid-tempo number where Justine is expressing her need for a little me time. In the midst of getting her two-step on in the club, she sings, “Boy, let me breathe / They already looking at me sideways / I wanna be, I wanna be on cool s**t." She is quite content with dancing by herself and doesn't want anybody killing her vibe. While the lyrics have much attitude, the production is a slinky, seductive mix of piano keys, synths and percussion that makes it well-suited for the bedroom. The song provides the perfect vibe for dancing all by your lonesome or doing the horizontal limbo with someone special.

There’s no word on whether “Dance” will be included on an upcoming album, EP or played in an episode of Love & Hip Hop. However, one place it should end up is on your next playlist.


TAGS:  audio, Justine Skye, miguel, schoolboy q, tank
Previous: Kehlani Offers A Welcome ‘Distraction’ Next: Morning Soul: OK, You Can Blame It All On Me Tonight