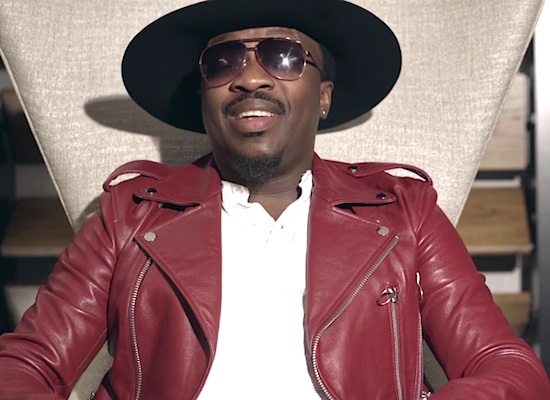 Anthony Hamilton was shouting "Amen" and extolling his lady's virtues on the first single from his album What I'm Feelin', but it appears as if that love has lost its shine on the follow-up "Love Is An Angry Thing."

On his new single, Hamilton sings about that crazy little thing called love and just how crazy it can get. Sure, it's all sugar and spice and everything nice when it's good, but when it's bad? Well, like Anthony says, "It can break you down when you least expect it." We see some of that breakdown in the music video for "Love Is An Angry Thing" that focuses solely on Hamilton as he tries to make sense of it all. There are scenes of AHam looking court date sharp in a deserted jail cell, combing a library's shelves for just the right book, singing his pain away in an elevator and pouring his heart out through his pen only to discard his thoughts on balled up pieces of paper. He eventually finds the right words to express himself, and the video ends with a look at his one-page letter.

Directed by Anthony Hamilton's visual documentarian, LaVan Anderson of Everyday LaVan, with co-direction from Ramon Montgomery, the simple "Love Is An Angry Thing" visual shows a grown man going through the motions and his feelings. Watch Anthony sing about heartbreak and reflect on heartache right here.