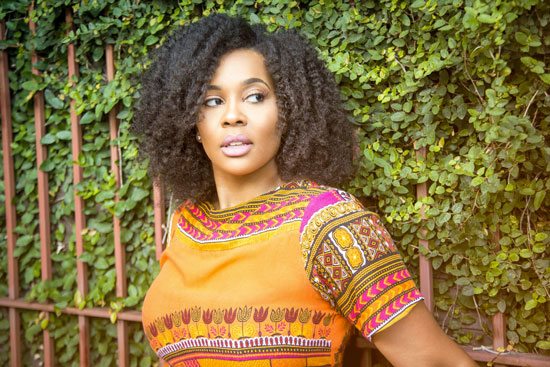 Sunkissed will feature Ashleigh's melodic jazz-meets-soul voice over the course of 10 tracks -- six originals and four covers. Smith does such an impressive job on those remakes, that it's almost hard to distinguish them from her original compositions. Smith's fresh spin on an old favorite is heard on Sunkissed's first single, a striking cover of Hall & Oates' 1975 hit "Sara Smile." For her rendition, Smith leaves the lyrics intact as she tinkers with the melody and tune, transforming it into something altogether different and wholly beautiful. On her decision to switch "Sara Smile" up, Ashleigh told Revive, "It lent itself to being able to be molded into something fresh while maintaining the original vibe and simplicity of the original.”

With this winning remake, Ashleigh Smith has shown herself worthy of recognition and attention. Listen to her unique version of "Sara Smile" and watch a live performance of another classic song, "My Funny Valentine," below. Sunkissed will be released on August 26th and is currently available for pre-order of Amazon, iTunes and Google Play.