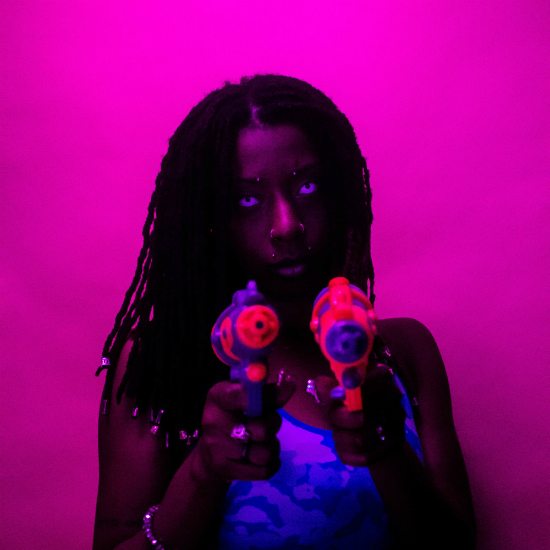 However, when push comes to shove, Sugg can still lay down a hot 16. On the subdued “Let’z,” the mistress of ceremonies does her thing over a tranquil groove courtesy of producer Hymn. Ms. Savage switches between a fast-paced sing-song flow and hard lyrics. “Ducking the demons, ducking the faux's / They gon' run with the heathens, fly with the crows / Peeping the lows, reaping the sows / Don't stoke the flame, you gon' burn your name,” she spits on "Let'z" with a wicked flow reminiscent of a female Andre 3000. Her shouts of "Alright! Alright! Alright!" throughout the track only add fuel to that comparison.

Of course, Sugg is still always down to party and bulls**t, as heard on her latest release “Party Dawg,” a laid-back track with lyrics akin to the fun, airy vibe of throwback hip-hop jams, encouraging everyone to let go and let have in the name of having a good time.

While Sugg might humbly describe herself as a singer, rapper and a guitarist, her actual art defies this description. Sugg Savage is an experience. She is the experience that every club hopper has when it’s 3:30 am, you’ve sweated out your weave or you’ve lost your shirt and all your f**ks, and you aren’t sure where you end and the rest of the room begins, lost in the music and maybe a bit of the sauce -- or whatever your preference.