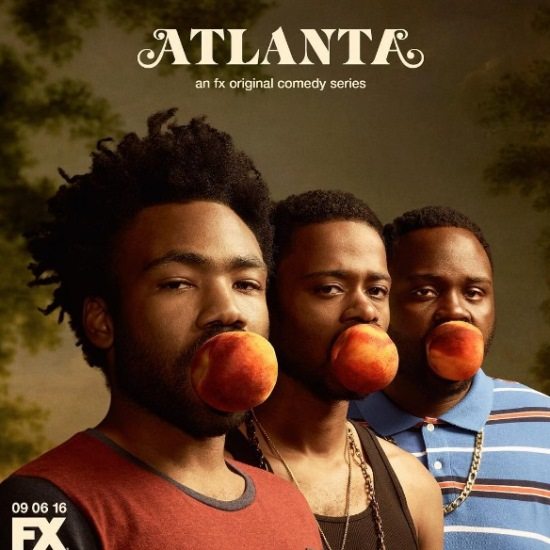 It's been a long time comin', three years to be exact, but Donald Glover's highly-anticipated return to sitcom television is here with the upcoming premiere of Atlanta. The 10-episode FX series centers on the lives of two cousins -- Earnest "Earn" Marks, played by Glover and Alfred "Paperboy" Miles, played by Brian Tyree Henry -- as they navigate the Atlanta music scene with dreams of making it big and providing a better future for their families. The cast also includes Lakeith Stanfield (who played Snoop Dogg in Straight Outta Compton) as Paperboy's right-hand man and Zazie Beetz as Earn's best friend and mother of his daughter. Though our pages are typically reserved for his musical alias, Childish Gambino, we're pretty excited about the show...especially now that an official trailer has been released. (Finally! Because those short, enigmatic promo clips weren't cutting it.)

Having been a writer for 30 Rock and a star of Community (both award-winning series on NBC), Mr. Glover is no stranger to comedic television. And as fans of Childish Gambino, we can vouch for his music skills. Add to that the fact that he was raised in Stone Mountain, GA (an Atlanta suburb), and it sounds like Atlanta has got a pretty solid chance of giving us an entertaining, yet authentic glimpse of the ATL music scene. But as we've learned from music videos like "Sober" and "Telegraph Ave (Oakland by Lloyd)," Glover has a unique sense of humor, which should make for some pretty interesting viewing.

Earlier this year, he spoke to the Television Critics Association, saying "The tone is everything. Television shows are like novels now. You’ve just got to invest in them. So…I feel like the tone of this is…going to take time for people to understand what’s going on, which I think is a good thing. I just wanted to make ‘Twin Peaks’ with rappers." During the TCA summer press tour, he added, "The thesis with the show was kind of to show people how it felt to be black...I always want people to be scared, because that’s kind of how it feels to be black." Interesting viewing, indeed.

Watch the full trailer below, follow Atlanta on Twitter for witty blurbs and musings, and be sure to tune in to FX on September 6th for the series premiere. Word on the street is that Donald Glover is the front-runner to play Lando Calrissian in an upcoming Hans Solo anthology film, so we may also be seeing him on the big screen again sooner than we think. Childish Gambino fans, be sure to download his new PHAROS Earth app for new music, concert tickets and a "full album experience" as he prepares to release a follow-up to Because the Internet. 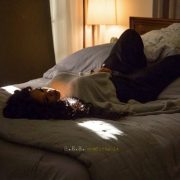