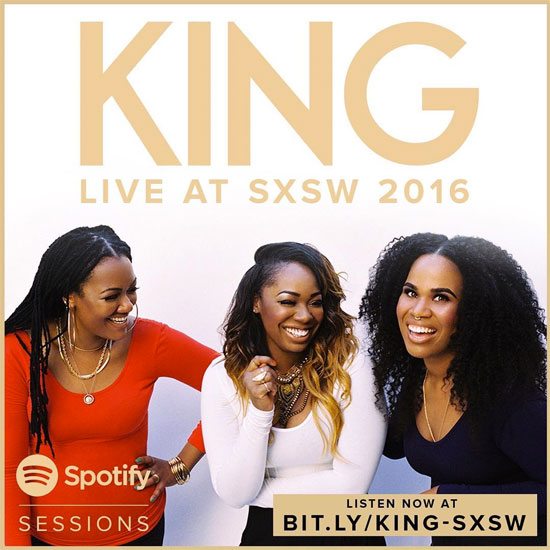 We hipped you a few weeks ago that KING would be extending their world tour with a string of U.S. dates starting in mid-September. We've been blessed to catch Anita Bias, Amber Strother and Paris Strother live a few times in various cities, and we cannot stress enough that theirs is a show that you don't want to miss when they come to your city. In case you need some more encouragement to go ahead and purchase tickets for their tour now before they sell out (and, trust us, they will sell out in many markets), then we present to you Exhibit A, KING: Live at SXSW 2016 for Spotify Sessions.

Back in March, the trio were one of over 45 acts to perform at the Spotify House during this year's annual SXSW festivities. The good folks at our favorite streaming service have now packaged KING's show up into one of their Spotify Sessions EPs. On KING: Live at SXSW 2016 listeners are treated the same blissful aural experience that those who were in attendance received. KING's debut album, We Are KING, was only a few weeks old at the time, and they brought selections from the collection alive, including "Mister Chameleon," "The Greatest" and "Love Song," during a delightful 30-minute set that showcased Amber and Anita's harmonies and Paris on synths and keys. This EP is the perfect sampler of KING in concert, but nothing beats the energy of the real thing and seeing these dynamic ladies live.

Like we said, go ahead and make the investment to see KING on tour this fall. Concertgoers will also be treated to opening acts Joey Dosik or Nick Hakim depending on what city they'll be in. While you listen to KING's Spotify Sessions below, you can peruse their tour dates beneath the player and click-through to their website to purchase tickets. 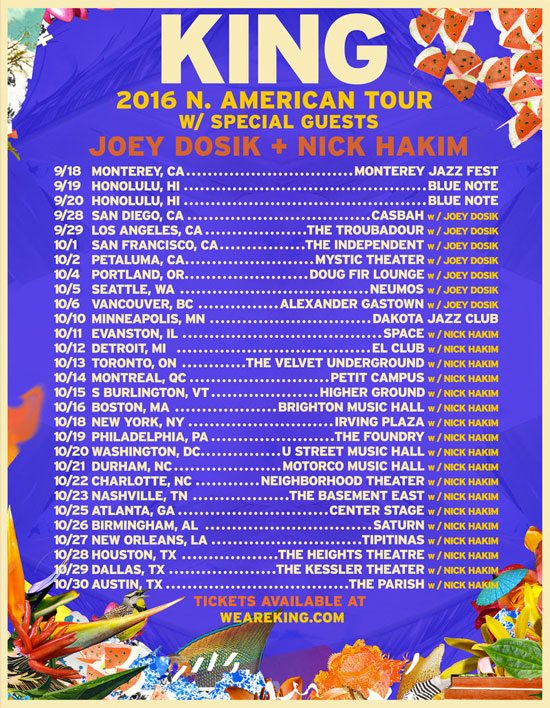