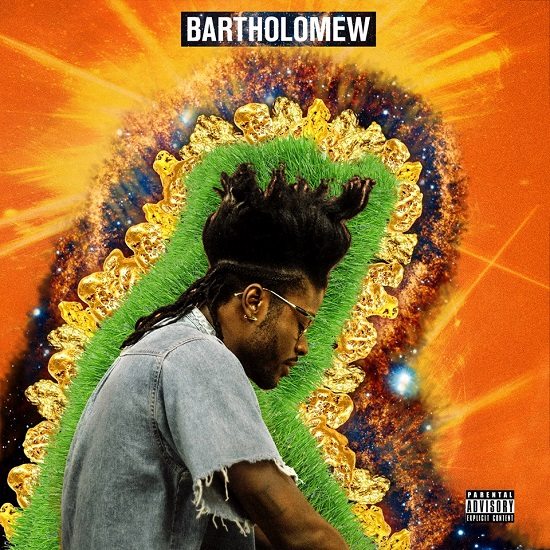 Though it's been a little over two years since he dropped The Love Apparatus, we weren't expecting anything new coming from Jesse Boykins III's direction. However, the crooner blessed us with a brand new project anyway when he dropped his mixtape Bartholomew at the top of the week. The 17-track effort gives you all the JBIII you can bargain for and even offers collaborations with a who's who of invited guests that are sure to pique your interest.

The set gives us more of what we've come tho expect from Jesse stylistically, with space-y, alt-soul sounds that allow Jesse to experiment, stretching the boundaries of what R&B sounds like as he incorporates modern sounds, like trappy beats and distorted synths, into his aesthetic. All the while, though, Jesse keeps his usual message of love front and center as he contemplates the subject throughout the set. What makes this mixtape stand out most, though, is that this is perhaps the first time that JBIII has invited such an extensive cast of guests to the proceedings.

Outside of a handful of collaborators that make complete sense (Alex Isley, J*DaVeY, Donnie Trumpet, Syd tha Kid), he invites quite a few unexpected folks into the mix like Luke James, Kilo Kish, Little Simz, Melanie Fiona, Trinidad James, Willow Smith, Audiopush, Noname, Bridget Kelly, Dej Loaf and Mick Jenkins. Yet, despite the lengthy list of cooks in the kitchen, each track sounds like a Jesse Boykins III affair, never straying too far from his left-of-center overall vision, especially when he goes solo on tracks like "8 Day Weeks," "I Need You" and "No Worry."

There's a lot in store when you press play on Bartholomew, which you can stream in full below. And once you're done listening, be sure to grab the free download.