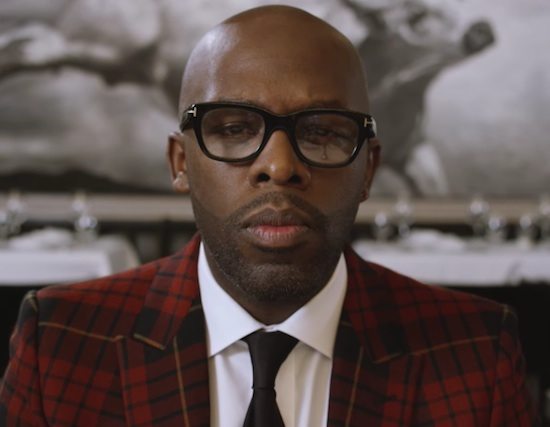 Last November, Joe stunned the world with a surprise music video for his out-of-this-world cover of Adele's "Hello" that put everyone who forgot on notice that he can sing rings around your favorite. This coming November, the veteran crooner is making sure that he won't be profiled on Unsung anytime soon with the release of his new album, #MYNAMEISJOETHOMAS. The forthcoming collection marks his twelfth studio album following 2014's Bridges, and, if the first single "So I Can Have You Back" is anything to go by, Joe did not come to play but to stay in heavy rotation.

"So I Can Have You Back" is a soaring and searing piano-driven ballad that sees Joe singing to a lover who has moved on with another man. He's not happy about it, though, and he gets pretty petty as he sings on the chorus, "I hope he makes the biggest mistake / The unforgivable that makes your heart break." Although Joe wishes the worst, his intentions are pure. He just wants that old thing back and promises to be a better man if given another chance.

Joe brings the single to life in a music video directed by Plaid Wayne. The singer dines out by himself, looking oh-so-sad as he sings into the camera, while across town his ex is the picture of happiness when she meets up with her current beau for a meal. Throughout the clip we see scenes of Joe and his one-time lady either blissful as can be or at odds with each other. Unfortunately for Joe, her new man is determined to take things to the next level and presents her with an engagement ring. But before she agrees to say "I do," she has a surprise of her own on her phone. You'll have to watch the video to see who she chooses and if Joe gets his wish, but it all makes for a gripping viewing experience to match the intensity of the song.

Joe's "So I Can Have You Back" is available now on Amazon and iTunes, and his new album #MYNAMEISJOETHOMAS will be released on November 11th.