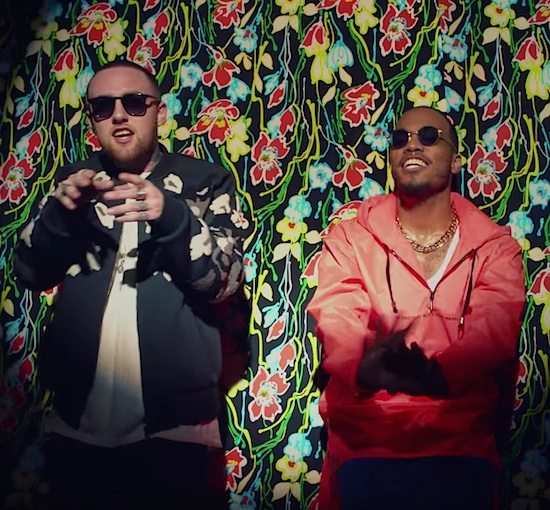 Musically, #summersixteen has been good to us. Just in the past few weeks alone, we've gotten blessed with the likes of I, Ced's "Forever," 1-O.A.K.'s "It Ain't Nothing" and an entire album of jams courtesy of Eric Roberson and Phonte aka Tigallerro. So it's no surprise that with so much dopeness coming at us recently that something would slip past us and that something comes in the form of the latest from Mac Miller.

At the top of the month, he dropped the visuals for his latest single, "Dang!" featuring Anderson .Paak. Though we're late to the party, we are oh-so-happy we finally arrived because this song is certified heat and the video is equally as hot. Directed by Rex Arrow, the visual is colorful and upbeat as we find both Mac and Anderson losing their lady loves before getting them back. Complete with lots of sunshine and dancing in the streets and a laundromat, the clip almost feels theatrical.

As for the song itself, it's an addictively fun look at the ins-and-outs of relationships. Falling in and out of love has never sounded so good. Anderson is top-form per usual as he sets the stage with his raspy voice. Mac rides right along with the disco-influenced beat with his signature rap-sing style. Produced by Miller himself, the song proves why he is one of the most underrated rappers and producers out right now.

"Dang!" is taken from Mac Miller's upcoming album, The Divine Feminine, which is set to drop September 16th and feature appearances from Kendrick Lamar and CeeLo Green., which guarantees that we'll be taking a listen. Also, if you haven't checked out SoulBounce's latest Mixologists mix, Sweet Summer '16 by dj harvey dent, you're missing out on hearing this jam blended in with more summer 2016 bangers. If, like us, you've been sleeping on Mac and Anderson's "Dang!," press play and wake up.