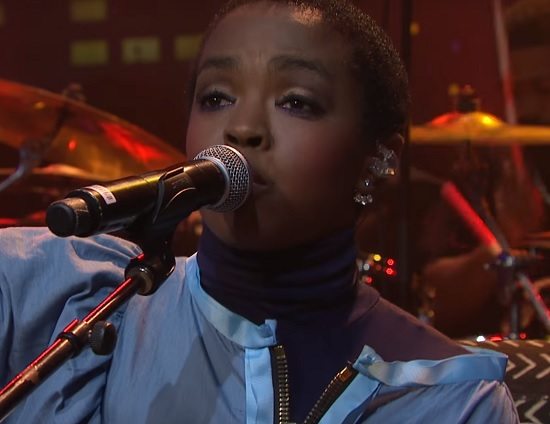 Can we talk about Lauryn Hill for a minute? To be a fan of Ms. Hill in 2016 is definitely a frustrating experience. It's been nearly 20 years since the singer/rapper has dropped an album (and that goes for whether you count The Miseducation of Lauryn Hill as her only actual album or you include her MTV Unplugged No. 2.0), and she's been getting by on and touring off of those laurels ever since. But even that wouldn't be such a bad thing if Lauryn was a consistent performer. As of late, attending a Ms. Lauryn Hill show is a crap shoot at best, with the singer often showing up hours late without so much as an apology to the audience. But then, there are flashes of the brilliance that we once saw that peek through and remind us how great she can be. If anyone dared to see her set during her acoustic Small Axe Tour, they got a taste of a reinvigorated Lauryn, who was done with sped-up arrangements of past work and, instead, breathed soulful new life into the songs while adding a few classic covers into the mix as well.

Back in November of last year, it was that Lauryn who made her debut on the Austin City Limits stage. The concert, which is set to air on PBS this Saturday (August 6th) features Lauryn performing some of her tried and true classics much to the delight of an enraptured audience. ACL has provided two clips of the performance ahead of the airing, a web exclusive of "Mystery of Iniquity" and a clip of her performing her breakthrough 1998 single "Doo Wop (That Thing)." In both clips, Lauryn takes the original structure of the songs and builds upon them, adding a few extra harmonies here and a bit more instrumentation there, lighting our fire like only she can.

In addition to the upcoming ACL airing. Lauryn also announced that she'll be going on the road yet again this year for her MLH Caravan: A Diaspora Calling! Concert Series tour. The concert series, which looks to pick up where her Diaspora Calling! Festival left off when it debuted in April of this year, will feature Lauryn along with special guests and promises to be a memorable experience — that is if her energy aligns with the showtimes.

You can check out both clips from the Austin City Limits performances and the tour dates for the MLH Caravan below. Consult your local listings to see when the full ACL concert will air on Saturday and visit Lauryn's website for ticket information for the tour.