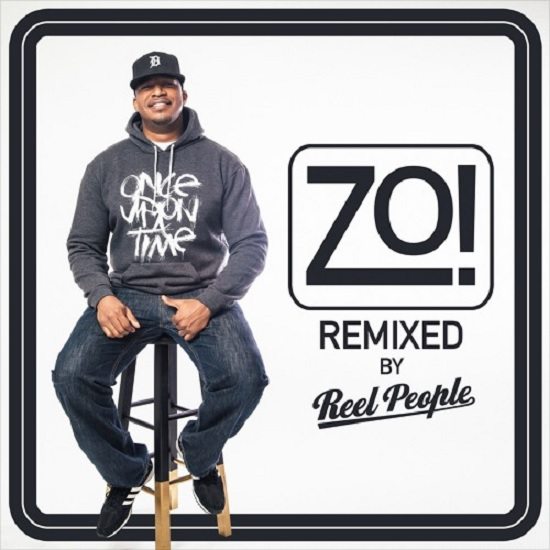 It's no secret that we here at SBHQ love us some Zo!, seeing as we get into a tizzy anytime he announces a new project and even hosted a premiere party for his latest effort, SkyBreak. But, unsurprisingly, we're not the only ones. Aside from the fans he's garnered across the world, the multi-instrumentalist/producer also has a fan in label and collective Reel People, and more specifically the label's head honcho Oli Lazarus. In fact, Lazarus liked SkyBreak so much, he chose four songs from set and, along with his production partner Toni Economides and collaborator Mike Patto, gave each the Reel People spin.

We must say that Oli has incredible tastes as he picked four of our favorites — "Starlight" featuring Phonte, "Lifelines" featuring Dornik, "Steal My Joy" featuring Tamisha Wadden and "Packing for Chicago" featuring Muhsinah — to work with. "Starlight" gets a "boogie bounce" treatment, with the bass groove getting dug into even deeper as they put even more boogie into the number's step, making it ready for a night out. Meanwhile, the atmospheric soul of "Lifelines" gets the tropical house treatment, complete with a Samba-like shuffle that gives an interesting twist to the affair. "Steal My Joy," on the other hand, gets a vocal mix full of piano that highlights not only Tamisha's beautiful voice, but also makes the song's gospel notes more pronounced. Last, but certainly not least, the Stevie Wonder-esque vibe of "Packing for Chicago" gets upended by smoking hot house production that keeps the spirit of the song while making us want to move our feet.

The four songs won't be available until September 15th, but you can catch a sneak peek of all four tracks below. Make sure you put your dancing shoes on before pressing play.