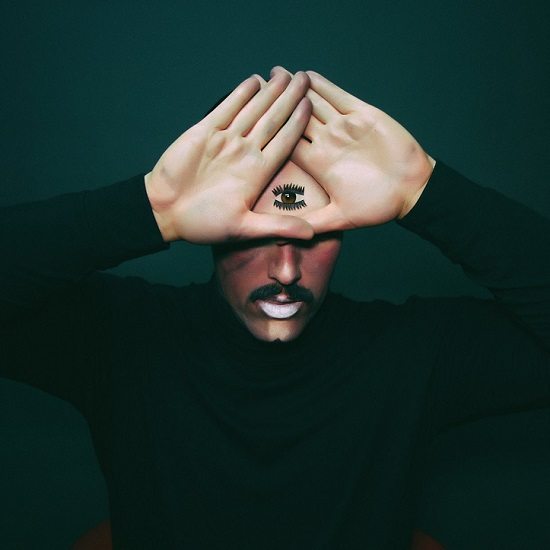 You ever feel like somebody's watching you? (No Rockwell). If you do, you're not alone. Sam Sparro feels the eyes on him, too, except he's taking the time to address the issue of government surveillance in "Private Lives," the latest single from his EP Quantum Physical 3: Conspiracy.

While Sam might not be the first person to set paranoia to a catchy beat, his concerns are a little bit more grounded in reality than those that came before. The constant surveillance he's referring to are the tabs being kept on the American public thanks to laws like the Patriot Act that allow the government to spy on its citizens under the guise of protecting us from potential terrorist threats. However, while the song might be about a serious matter, Sam utilizes upbeat '80s dance-pop production, complete with screaming electric guitar and flaring synths that sound like they could only come from a keytar, to get his point across. "We pretend that nobody's watching, nobody knows what's really going on / Except for the government /Taps on your internet and wires on your phone," he sings over the deceptively bouncy, carefree groove.

Quantum Physical 3, which also features previous singles "Pharma Karma" and "Gunpowder," was just released last Friday and is in stores now. You can pick up the five-song set on iTunes now and listen to "Private Lives" right here.


TAGS:  audio, rockwell, sam sparro"
Previous: Usher Enlists Master P, Travis Scott, 2 Chainz, Gucci Mane & A$AP Ferg For The ‘No Limit (G-Mix)’ Next: Joe Shoots His Shot One Last Time In ‘So I Can Have You Back’