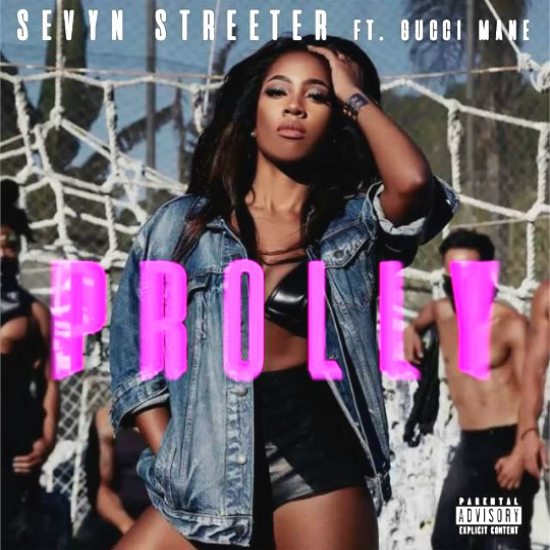 Florida’s own Sevyn Streeter continues her grind to be the next big thing in R&B music. While the songstress has been recognized for her catchy songs and her way with a pen on songs such as "Don’t Stop the Fun" and "Boomerang," she hasn’t quite received the buzz and acclaim you’d expect. That hasn’t stopped Sevyn from doing her thing and pushing forward as she preps her upcoming album. The first single, “Prolly,” is a turn-up anthem in the making starring this season's favorite rap accessory, Gucci Mane.

The song opens with a sound bite from The Last Poets’ “When the Revolution Comes,”  giving you the impression that Sevyn is trying to start a movement. Instead, the Chris Brown prodigy is just trying to launch a new catchphrase in the vein of “or nah” or “groceries.” Over a haunting trap beat, Sevyn throws her f**ks to the wind as she conjectures, “Did I go too far tonight? I dunno, prolly / Did I almost start a fight? I dunno, prolly.”Gucci Mane comes through with ad-libs and an energetic guest verse that discusses everything from his past incarceration to his current status as rap royalty. However, does all of this partying and bulls**t make for a good song? It will prolly sound good in the club or when you’re hanging with your squad, but it’s not quite a party starter on its own.

“Prolly” is the official first single from Sevyn’s long overdue debut album, Girl Disrupted, due for release in early 2017.  The upcoming video for the track will be the first in a series of visuals leading up the album’s release. Hit play on Sevyn’s latest and determine for yourself if she has a hit or a miss on her hands.