SoulBounce Exclusive: Listen To The World Premiere Of Anthony David’s ‘The Powerful Now’ 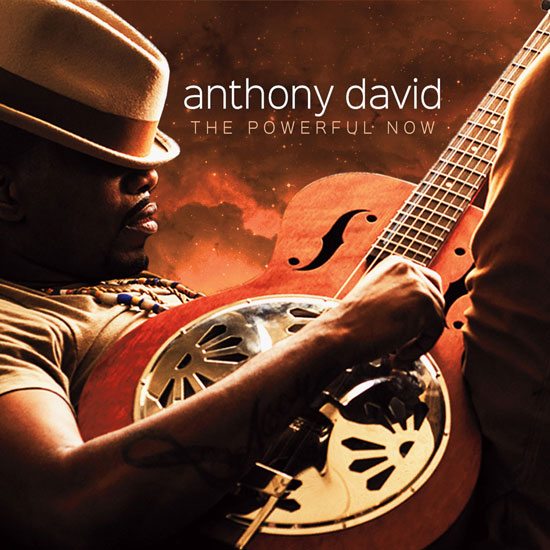 It's hard to believe that it's been four years since we've gotten a new Anthony David album, but time has surely flown since 2012's Love Out Loud. During that period he has been anything but idle, touring extensively, guesting on tracks by Lil' John Roberts and Carmen Rodgers and thoroughly entertaining fans on social media. It's time for new music, though, and Anthony David is giving the people what they want on his new album, The Powerful Now. We've gotten a sample of what's to come on The Powerful Now with the lead single "Beautiful Problem," but there is so much more to behold on this collection and we're excited to world premiere it right here on SoulBounce with an exclusive album stream.

On The Powerful Now, Anthony David lives in the moment and explores a variety of musical styles. His gritty soul is the common thread throughout the album, from opener "Ride On" to closing track "Inevitable." However, he really mixes things up with funky Afr0beat rhythms and a touch of Auto-Tune on "I Don't Mind" and when he rocks out on "Out of My League." Guests on the album include Mylah, Reesa Renee and Carmen Rodgers in a reprise of "Charge." There's a little R&B, a little pop, a little country, a little jazz and a whole lot of soul on The Powerful Now. This album represents all that Anthony David is.

Anthony David's The Powerful Now will be released on Shanachie Entertainment on Friday, August 26th, so there isn't too much longer to wait to own it for yourself. Pre-order the album now on Amazon, iTunes and Google Play. Fans in Atlanta can join AD at The Powerful Now listening party at BQE Restaurant and Lounge on Sunday, August 28th at 8 p.m. to celebrate the release and toast to an album well done.