SoulBounce Live: The CrossRhodes Live At The 2016 Summer Spirit Festival, 8.7.16 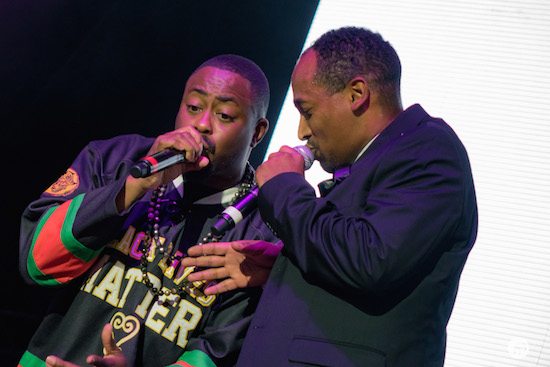 Keeping the DMV vibes going on day two of the 2016 Summer Spirit Festival was the duo The CrossRhodes. In case that name doesn't ring a bell, maybe the members' names will: Raheem DeVaughn and Wes Felton. The pair have reunited as The CrossRhodes and have been performing extensively throughout the summer while they work on their new album to be released later this year. That project, entitled Footprints On the Moon, is a highly anticipated local release, and DeVaughn and Felton gave concertgoers a taste of the album and much more during their performance.