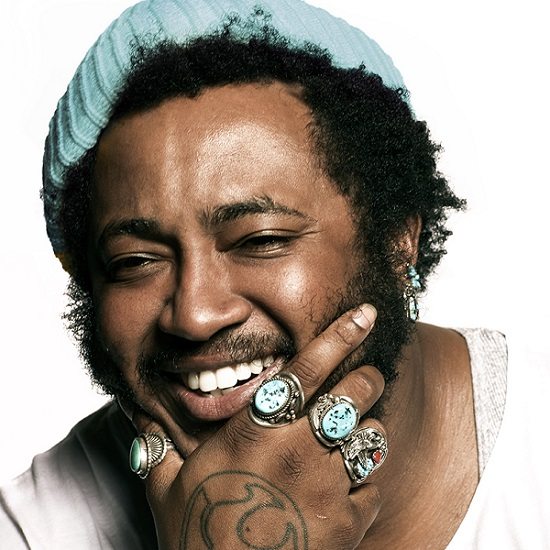 Don't look now, but Thundercat just released new music. The singer/songwriter and bassist has been keeping us thoroughly entertained with his steady stream of releases, including last year's EP The Beyond/Where The Giants Roam. Now, just before he's set to take the stage at Brooklyn's AFROPUNK Festival this coming Saturday, he releases the new song "Bus In These Streets" for our listening pleasure.

Co-written with Louis Cole (with some programming and editing handle by Flying Lotus), "Bus In These Streets" seems to address society's obsession with social media. As a twinkly, easy-going melody reminiscent of the soft rock played on AM stations in the '70s plays, Thundercat states his case. "From the minute I wake up / I'm staring at the screen / Watching the world go insane," he opens, later sarcastically singing, "Thank God for technology 'cus / Where would we be if we couldn't tweet our thoughts?" The song takes joy in taking down society's constant need to stay connected and do the most to get likes and attention, with Thundercat reassuring the masses that "it's OK to disconnect sometimes."

While the bassist wants us to disconnect, he doesn't seem to be slowing down career wise. After he plays AFROPUNK, he'll play the OnBlackheath Festival in London in September before returning to the Left Coast to do a trio of shows, including two back-to-back dates in Oakland and a show at the Hollywood Bowl with Funkadelic Featuring George Clinton and Shabazz Palaces. More info on those dates can be found here. Check out "Bus In These Streets" below.