Timothy Bloom Wants To ‘Work It Out’ 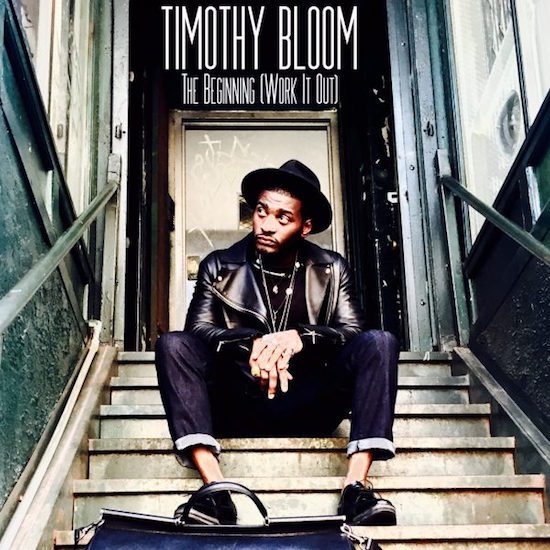 Things have been pretty quiet on the Timothy Bloom homefront in 2016. In fact, the last time we heard from the crooner was last December when he and V. Bozeman linked up again to commemorate the holidays. Well, thankfully, we won't have to wait for the next holiday season to hear Bloom's soulful voice thanks to the release of his new single, "Work It Out."

Classic soul is clearly the order of the day on this doo-wop influenced number taken from Bloom's upcoming three-part EP series, The Life Trilogy. The first of the series, The Beginning, is due out October 14th on Beyond the Sky Music.

As the title suggests, "Work It Out" finds Bloom realizing the error of his ways by not appreciating his boo while he had her and his hope to win her back. The GRAMMY-winning singer/songwriter's contrition is tangible as he attempts to beg and plead his way back into her heart. Written and produced by Bloom himself, the fact that the song has a heavy doo-wop vibe isn't accidental. In fact, he drew his inspiration for the song from The Flamingos' 1953 interpretation of The Platters' classic hit, "I Only Have Eyes for You."

While not much is known about the concept of the EP trilogy, we can only assume that this story isn't over between the two. Will there be a happy ending for Bloom or will this end in heartbreak? Guess we'll have to wait until October to find out for sure. All we do know is that he makes a convincing case for himself on this gorgeous new single.


TAGS:  audio, the flamingos, The Platters, Timothy Bloom, V. Bozeman
Previous: We Finally Learn What Frank Ocean’s Been Up To With ‘Endless’…But Is There More? Next: Dear Countess Vaughn, Your Friends Don’t ‘Love’ You