Turn Up Your ‘Big Black Speakers’ & Get ‘White Girl Wasted’ With B. Slade 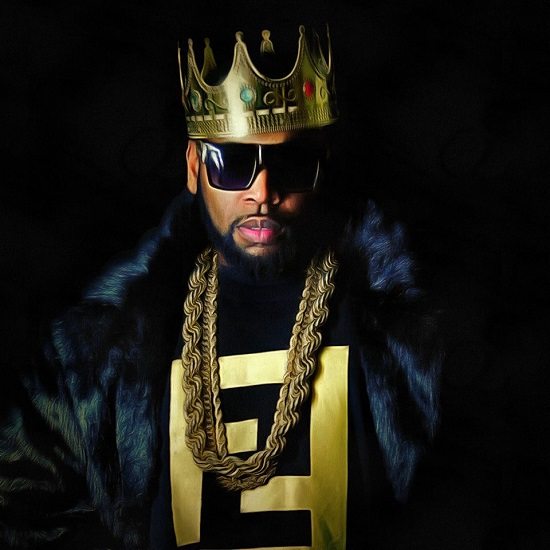 People say a lot about B. Slade. However, what you won’t say is that he doesn’t believe in hard work. The prolific artist has released more than 30 albums in 12 years. At the top of the year, he released his Ferrari album. Now he’s releasing tracks from a new project, his #blackbelt mixtape. Earlier this month, we were treated to new songs “#BlameU” and “#BlackJesus.” The self-described imagineer never stops working and creating music. This passion and work ethic, along with his sometime need to let off some steam every now and then, is the subject of his latest two releases, “Big Black Speakers” and “White Girl Wasted.”

"Big Black Speakers" is a genre bending trip through B. Slade’s musical inspirations. The song goes from hip-hop to pop to gospel to vaudeville to Disney. Over the track’s shifting sound bed, Slade waxes poetic about his struggles, passions and inspirations, citing both black people and Black Jesus. While definitely an experimental track, you can also see it as therapy for the artist who has suffered for his craft, with lines like, “I’m a musical prophet / Not making a profit / So I keep it hush / Be amazing in silence & / Kill ‘em with kindness.” Piff Herrera blesses the track with a few bars to open and close it, adding balance to Slade’s hyperactive expressions.

In stark contrast is “White Girl Wasted,” a ‘60s psychedelic rock anthem about living your life free of constraints and worries. The phrase “white girl wasted” is often used to convey enjoying a night out on the town with no f**ks given or any fear of repercussions for your actions. Of course, it could also be a reference to that other white girl, the one that comes in powdered form and is a mainstay at Hollywood parties. Either way, the track encourages listeners to do the foxtrot, the frug, the swim, the Batusi and all those other dances that required a minimal sense of rhythm.

Once again, B. Slade pushes the envelope in terms of his own creativity and delivers some heat. Both songs are worthy soundtracks to life’s highs and lows. While “Big Black Speakers” is available for free download, you’ll have to drop a couple dollars if you want to get “White Girl Wasted.” Hit play and get into B. Slade’s latest round of sounds.