Alicia Keys Celebrates The Indomitable Human Spirit On ‘Back To Life’ 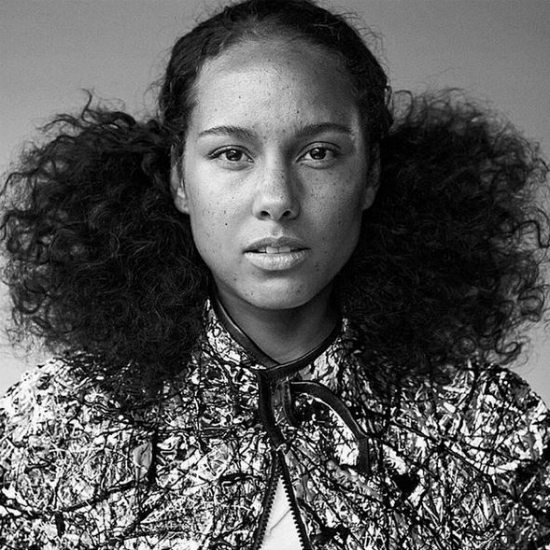 Alicia Keys has been keeping herself very busy lately. The singer/songwriter, mother and activist has been keeping busy, working on her sixth LP, joining The Voice as a judge and inspiring women to go makeup free. Now the "In Common" singer is lending her voice to the soundtrack for the upcoming movie, Queen of Katwe, a Disney film chronicling the life of Ugandan chess prodigy Phiona Mutesi. Keys' song “Back to Life” is an ode to the resilience of the human spirit.

The track starts with stark, melancholy piano over which Keys lays her burdens bare, singing, “I’m just trying to hold on to a dream / Out here lost and nothing’s what it seems.” However, just when you think Alicia Keys is a little too in her feelings, the soundbed shifts into uptempo trip hop territory, reminiscent of the experimental trap folk music being created by former Danity Kane member DΔWN. The track is brooding, yet hopeful. It doesn’t deny struggle (and we’re not talking about Alicia’s vocals here), but accepts it as a part of life. However, it shows determination for something better.

Queen of Katwe, starring Madina Nalwanga, David Oyelowo and Lupita Nyong’o, will hit theaters on Friday, September 23rd. Until then, give Alicia Keys’ latest single a spin and get into her unique brand of #BlackGirlMagic.