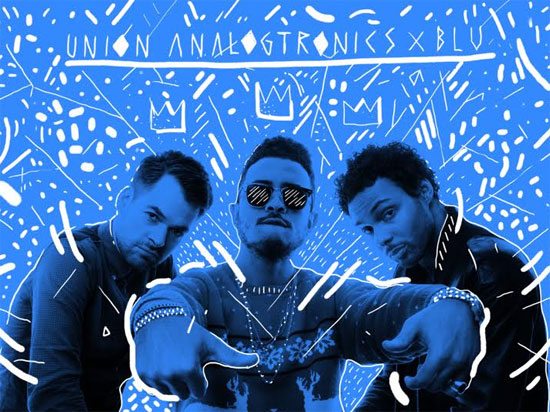 If time is subjective (only observable by the observer) and there is no past, present nor future (everything just is), then the soundtrack to the metaphysical journey would sound a lot like “City Dreams.” The newest single from Los Angeles-based rapper Blu and Parisian production duo Union Analogtronics, “City Dreams” is the lead single from their upcoming collaborative album, Cheetah In the City.

“City Dreams” rolls slow down the Las Vegas strip at 11 p.m., a pulsating backdrop to the lights, shadows and restless stirring of the night animals. Blu’s confident and smooth delivery recalls Nas and Common, tinted with the West Coast swagger of Tupac at his most melodic.

With amazing production by Union Analogtronics' OJ and GOLD, “City Dreams” has its gangster lean in full effect, periodically reaching into the backseat to caress the long smooth legs of '70s-era synth and Moog flourishes, all while never keeping its eyes off the road ahead with an absolute banger of a beat.

Vocalist Olivier DaySoul slinks in and out of the song with a cool and self-assured approach that’s a mixture of John Legend and D’Angelo. He really shines during the song’s coda, a beautiful chord progression that lifts the song into the stratosphere.

“City Streets” is an amazing concoction of past, present and future. Better yet, it just is. And it needs to be on heavy rotation.

Blu and Union Analogtronics' Cheetah In the City is scheduled to drop on November 4th and can be pre-ordered directly from Fat Beats Records.