Cody ChesnuTT Gets Political With ‘Bullets In The Streets And Blood’ 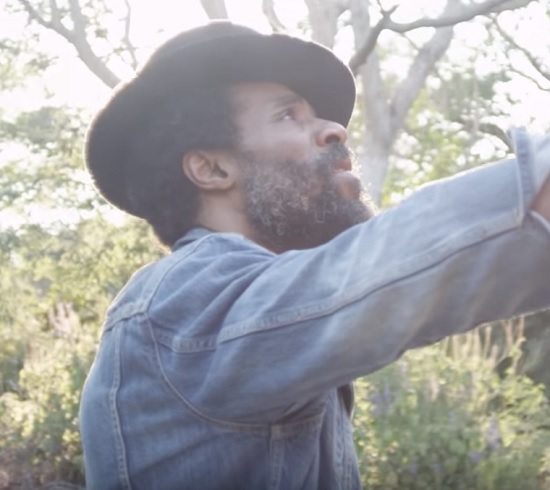 Cody ChesnuTT is gearing up to return with My Love Divine Degree, his first album since 2012's Landing On A Hundred, and it looks the purveyor of lo-fi soul has a few things on his mind with the release of the set's first single "Bullets In The Street And Blood," which boasts a musical assist from Raphael Saadiq. While the alarming title is enough to grab anyone's attention, it isn't merely shock value. Instead, Cody offers a message that needs to — and should — be heard.

"Do it for the babies," Cody begins the song as the faint, churchy sounds of organ, bass and strings are heard under hi-hat and thudding kick drum. From there, he sings a tale of what's becoming an all-too-familiar ritual: funeral services for victims of gun violence. Cody ponders what the constant violence is doing to the children who are growing up in it. Then, suddenly, the music switches to something that sounds like it was ripped from an '80s slow jam, with 808s bumpin' and a drum machine keeping time as full, rich bass and twinkling synths amplify Cody's lament that, in this climate, love is losing its meaning before he calls for change while ad-libbing during the chorus.

He pushes his "do it for the babies" message even further with the song's video, which features Cody taking a stroll in the woods while two children seemingly frolic innocently. Soon we realize that their game of fun is mimicking society's ill as the two boys pick up sticks and aim them at each other like guns. By juxtaposing the innocence of children playing and the behaviors they are learning, he shows us exactly what the current goings on could do to the next generation.

About the song, Cody told NOISEY, "It's something that we're experiencing all over the planet. This nightmare, like, are you kidding me? Every day? Turning on the news and seeing that somebody's been shot, whether it's Chicago or Syria, it doesn't matter, it's the same thing. It's very important just to have that vibration out 'cause bullets in the streets and blood is going to break us all down. There's no benefit. We should learn that by now. We should know that isn't the answer by this point."

Peep the video for "Bullets In The Street And Blood" below and lookout for My Love Divine Degree to arrive in the near future.