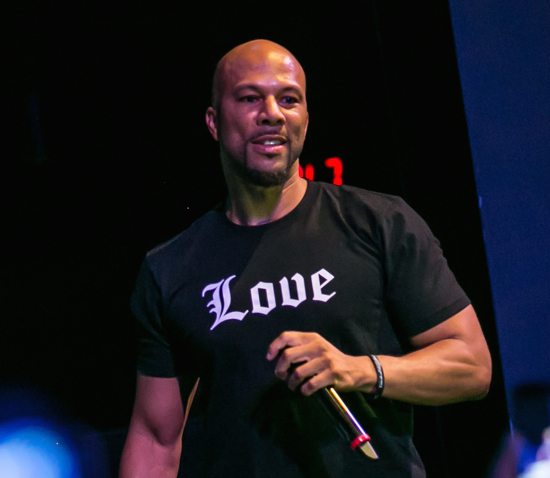 Though it seems like Nobody's Smiling just dropped yesterday, it's actually been about two years since Common has gifted us with a proper album. Of course, since then our man Lonnie Lynn from the City of Wind has added a few acting credits to his resume and can now put "Academy Award winner" in front of his name. But just because he's got his SAG card doesn't mean that he's forgotten about the mic. He's set to prove that with his upcoming album (which, depending on the source, is either called A Bigger Picture Called Free or Black America Again), and he's given us our first listen to the project with his new single "LoveStar."

Loverman Com is back as he taps Marsha Ambrosius and PJ for the sensual, smooth track produced by Karriem Riggins that incorporates a healthy bit of Mtume's love triangle slow jam "You Me and He" into the mix. However, this trio is less about the drama and more about the love. Marsha and PJ's voices meld together to provide a sultry chorus as Com spits lovesick lyrics in the vein of his Like Water For Chocolate and "Come Close" days. He paints a picture of a love for all times, reminding us all that "bein' in love is never out of style" in the process. Then everything fades into a hazy, dreamy hum (accented by the skillful piano playing of one Robert Glasper) before the record ends as softly as a kiss goodnight.

Common's been rather tight-lipped about his latest project, but if "LoveStar" is any indication, it might just be a return to form. While we wait and see, stream "LoveStar" below and pick it up on iTunes.