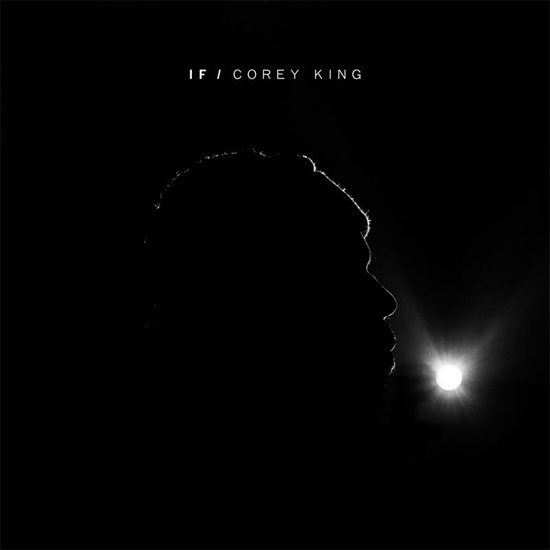 Writhing out of the speakers (or headphones, if you prefer), with an unctuous yet sparse rhythm, Corey King’s “If” is an exercise in sonic seduction. The lead single from King’s forthcoming Ropeadope release Lashes, the track oozes subtle confidence, only hinting at the monstrous musicality of its creator.

Long known as an in-demand session trombonist, King’s other abilities may have lain dormant as he’s plied his trade for the likes of Esperanza Spalding, Gil-Scott Heron, Mos Def, Bilal, Wyclef Jean, Mary J. Blige and many more. Now, though, the incubation is complete. The result is darkly beautiful.

King’s droning vocals are the anchor, mournfully howling at the moon like a more soulful Thom Yorke with a Van Hunt aftertaste. "If"’s groove is an undeniable head-nodder, the bassline eerily channeling Nirvana in a candlelit room, summoning the wispy spirit of Massive Attack’s soundtrack-ready theatricality. A lovely touch is the synths teasing the corners of the song, flitting in and out of the periphery, begging for a replay.

Breathe it in. Press repeat. “If” is the truth. September 9th, let the rest unfold with the release of Corey King’s Lashes. Pre-order the album now on Bandcamp or iTunes.