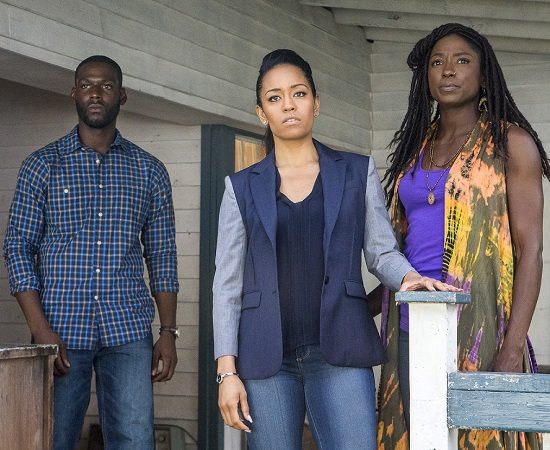 Were you in the number that tuned in for the two-night premiere of OWN's newest drama Queen Sugar? With an average of 2.42 million viewers, it became one of the fledgling network's best-rated premieres and, as the good word of mouth and critical acclaim continues to spread, it seems that the only way is up for Ava DuVernay's first television foray. As we've learned with many recent television shows, though, sometimes the choice of song being played is just as important as the drama unfolding onscreen. And of course, with Meshell Ndegeocello at the helm of the show's musical direction, there was plenty of amazing music to help usher in the story of the Bordelon clan.

Meshell is heavily included in the first episode — which comes as no surprise — with her songs "Faithful" and "Oysters" getting some shine. However a few SoulBounce favorites like Lion Babe ("Wonder Woman"), Oddisee ("Contradiction's Maze), Nick Hakim ("The Light") and J*DaVeY ("No More") had us nodding our heads and mentally dapping up music supervisor Morgan Rhodes for her musical prowess. The second episode's musical choices were equally top notch, with Nneka ("Mind Vs. Heart"), Eska ("Heroes & Villains") and Fleurie ("Hurts Like Hell") all making an appearance to help move the action along.

Smartly, the folks behind the series have decided to add a continuing list of the music played during each aired episode to the show's website for all those curious music lovers whose interests might have been piqued by certain selections featured in the two episodes. What's even better is that they're offering free downloads of Meshell's entrancing theme for the show, named "Nova," as well as Nick Hakim's and Fluerie's contributions. Hopefully Queen Sugar keeps up the good work and while exposing its audience to great music in the process.

You can peep our Spotify playlist of Queen Sugar's Season 1 songs thus far below, which we'll be adding to weekly. For the complete list of songs included in this week's episodes (and don't forget the free downloads), head over to the Queen Sugar website.