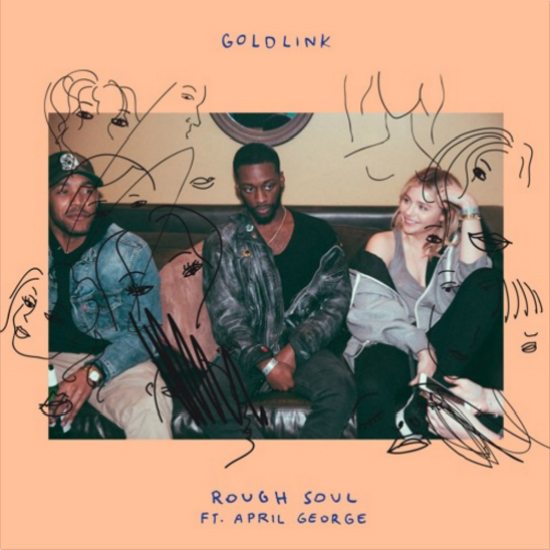 Not too long ago,  GoldLink was securely in his feelings over a special someone on the BADBADNOTGOOD, Ciscero and Kaytranada assisted “Fall In Love.” Unfortunately, most love connections don’t end in marriage but heartbreak. On “Rough Soul,” GoldLink is going through the motions that everyone has to go through before moving on with his life and his heart.

While the name of the track is “Rough Soul,” the soundbed courtesy of The Internet’s keyboardist, Jameel Bruner (credited as Kintaro), is actually a smoothed-out jazz funk track. Slightly distorted synths, rattles, chimes and a touch of bass guitar create a solid backdrop for GoldLink’s ode to love lost. Speaking of which, GoldLink lays down a few captivating bars to create a vivid picture of his post-relationship woes, reciting, “Fell in love at the wrong time/ Spent a night at my high rise/ Or hit me late on my hotline/ Telling me you miss my homies and your mama cry.” April George lends her raspy vocals to the festivities, sealing the deal that the 'ship has sailed with a matter-of-fact with a side of sass chorus, “Girl you gone now / And oh baby / Don’t call me no mo!”

GoldLink is currently touring the world in support of his first album, And After That, We Didn’t Talk, and sharing new material such as “Rough Soul.” While the DMV native is known for his tales of connection and heartbreak, it’s never just the same sad love song. He shares a new aspect, a new angle or a new insight, keeping things fresh and funky. For more music guaranteed to get you in your feelings, as well as out of them, check out GoldLinks' latest album, the remix album and press play below.