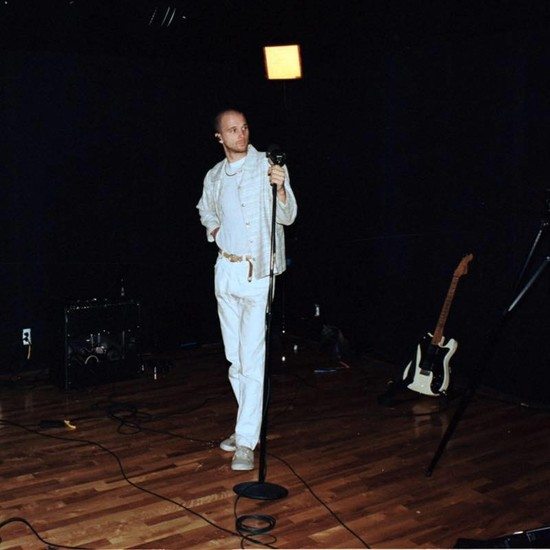 From his unconventional music videos to his unexpected haircut, JMSN has kept us on our toes for most of this year with his artistic unpredictability. One thing that remains consistent, however, is the quality of his music. And while we never could've predicted that he would unveil a brand new album (under the moniker Pearl), a concert film and a live recording -- all in less than a month -- we aren't the slightest bit surprised that this latest body of work (or bodies, rather) is quite good.

Considering the fact that It Is. premiered a mere five months ago, we were a little confused when we first learned about Pearl. Like...Who or what is Pearl exactly? Well, in his own words, JMSN explains, "Pearl is my side project. I started it to have another creative outlet besides JMSN." It's an ongoing project with the goal of creating music free of restraint, inhibition or stricture of any kind. The official debut album Closer aims to bring the listener along this creative journey.

What makes this album unique, other than the shiny new alias, is that JMSN mainly stays behind the scenes as a producer. Despite guest features from a myriad of talented female vocalists – King avriel, Alexa Demie, Niia, Sara Z, Devon Baldwin, Elizabeth Jeanette, Nylo, Alcordo and Devi Paige – the project is a cohesive collection of slow to mid-tempo grooves filled with lush arrangements and effortlessly sexy vibes. JMSN does lend his vocals to one track, a satisfying slow burner with Ms. Jeanette called "A Sign."

Two full-length albums in one year is an impressive feat. Yet, JMSN doesn't stop there. He recently premiered a concert film Live North Hollywood along with an accompanying album. And while the film/album doesn't feature any new music, the singer/songwriter/musician blew us away with live renditions of songs from It Is. (the extended jam session on "Cruel Intentions" is fire!) and JMSN (Blue Album). He even throws in a smooth cover of "Affection," originally a 2013 collaboration from Sango's North album. We also have to give the band and background vocalist some recognition as well because they killed it from start to finish. JMSN heads out on his European tour in two days, but for those of us who won't get to see him in concert, Live North Hollywood is a pretty sweet alternative.

Listen to Pearl's "A Sign" below then settle in to watch the Kane Chattey-directed Live North Hollywood in its entirety. Pearl's debut album Closer and the Live North Hollywood album are both available via JMSN's website and iTunes. Keep up with JMSN while he's on tour by following him on Twitter and Instagram.