Josef Leimberg Takes Us To His ‘Interstellar Universe’ With Kamasi Washington 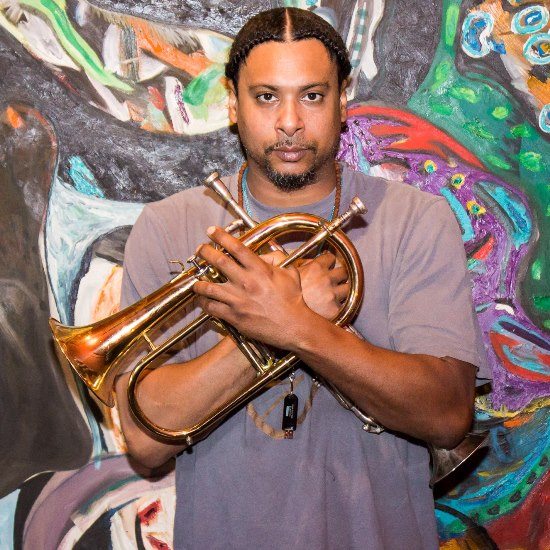 Upon first listen of Josef Leimberg's "Interstellar Universe," this writer was overcome with a deep sense of ineffability. So much so, that everything had to pause and the song be given undivided attention. The song transcends the boundaries of eargasm and literally speaks to your soul. It wasn't until multiple listens later that words finally returned. And even then, all that managed to be uttered was a muted, "Wow!" Yes, this song is that good.

Fans of Kendrick Lamar, Miguel Atwood-Ferguson, Kamasi Washington, Thundercat and other like-minded West Coast prodigies are quite familiar with this feeling. And closer inspection reveals just how and why the talented Mr. Leimberg is able to pull off such a feat. The trumpeter/producer/composer has worked extensively with each of these artists. As half of production duo LoveDragon (with aural whiz Terrace Martin), his work on To Pimp A Butterfly earned him notoriety. His impressive resume also includes production/writing/feature credits with Erykah Badu, Georgia Anne Muldrow, Snoop Dogg, Dr. Dre, Shafiq Husayn, Funkadelic and Murs.

But let's get back to "Intersteller Universe," the lead single from his upcoming debut album Astral Progressions. The title couldn't be more perfect because it truly sounds like something out of this world. Heavenly harmonies from an angelic choir soar throughout the piece, invoking a feeling of flying through the galaxy. Rapid-fire bursts of tambourine, chimes and percussion flash and shimmer like nebulae on a perfectly clear night. Guitar, flute and keys appear like atmospheric clouds, further enhancing the sonic beauty that surrounds us. But the highlight of this explorative jazz odyssey is the collaboration of Josef on trumpet and Kamasi on sax, unrestrained and blazing a trail through the sky like rare twin comets.

Astral Progressions is scheduled to drop on October 7th via World Galaxy/Alpha Pup Records, but "Interstellar Universe" is available for purchase right now along with a pre-order of the album. In addition to Washington, expect to hear album features from Bilal and Kurupt along with Atwood-Ferguson, Martin, Muldrow and Husayn. Hopefully the stars will align and bless us with an Astral Progressions tour, but in the meantime, keep up with Josef Leimberg via Facebook, Twitter and Instagram.