Kenneth Whalum III & Big K.R.I.T. Address Police Brutality In ‘Might Not Be Ok’ 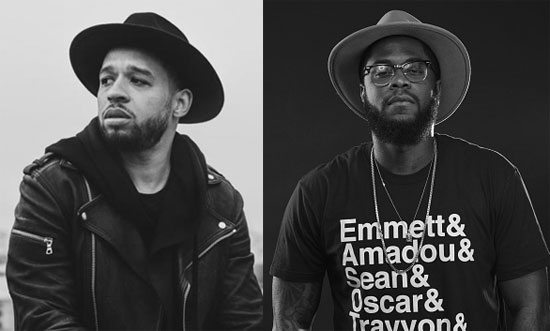 Music has long been a vehicle for tackling issues of the day and with the influx of police brutality springing up on a near-weekly basis, more artists have been using their platform to bring attention to the issue. Kenneth Whalum III teams up with Big K.R.I.T. to add their voice to the cause with their latest single, "Might Not Be Ok."

On the melancholy song, Whalum's mournful singing sets the tone for this bare production before K.R.I.T sets things ablaze with his fiery delivery. As usual, he pulls no punches as his voice rises to the point that he sounds like he's on the verge of tears. His anger and frustration is tangible as he spits lines like, “Hands behind your back, face down, they still say you shootin’ / Can’t breathe / Knee where your neck be like ‘why you moving?’/ Kids in your car heading home, like ‘what you doin?'” That fury is then juxtaposed with Whalum's plaintive hook. It is a raw yet poignant look at what it means to be a person-of-color living in America today.

"Might Not Be Ok" marks the second collaboration between the two, who first teamed up on Whalum's 2014 single, "Away." Stream the song below, and then head over to SoundCloud where you can download the song for free.