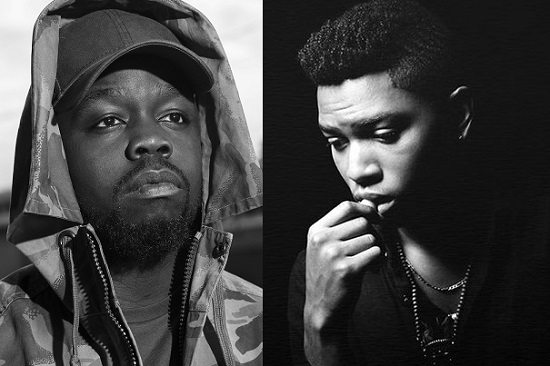 While we're sure that lovable Brit Bridget Jones and her newest adventures in romance are no doubt chuckle-inducing, our interest in Bridget Jones's Baby hasn't exactly been high. That's why any news of its soundtrack has pretty much passed us by since its release last week. However, maybe we should've taken a second look. That's because nestled among a few golden oldies and new tracks is a smoldering new gem of a slow jam from U.K. singer/songwriter/producer Knox Brown and the States' own Gallant called "Reignite" and it's a doozy.

The smoky, bluesy soul cut, based loosely around Knox's own track "Harry's Code," finds the two teaming up to create a sexy and sensual track aimed directly at the boudoir. Sexy guitar licks and sanctified organ chords melt over a warm bass line to create a perfect bedroom jam. From there, Gallant does the rest, letting his tender falsetto soar as he describes a yearning that can only be satiated between the sheets. "My only weakness / You know all my secrets / I can't stop loving you / Your kiss is the sweetest," he sings as he sets the mood for seduction as Knox helps him out with the backgrounds. Needless to say, this one is definitely going to get more than a few folks hot and bothered.

If you, like us, haven't caught Bridget Jones's Baby in theaters or happened to miss the soundtrack's arrival, give "Reignite" a spin right here. As for Knox and Gallant, you can check out Knox's recently released Searching on iTunes and the Bounce-Worthy Gallant's debut Ology was released this past April.


TAGS:  audio, Gallant, Knox Brown
Previous: Aaron Abernathy Lets His Feelings Show On ‘I See You’ Next: Morning Soul: We Knuckin’ And We Buckin’