Listen To Anderson .Paak Get All The Way ‘Live’ For Spotify 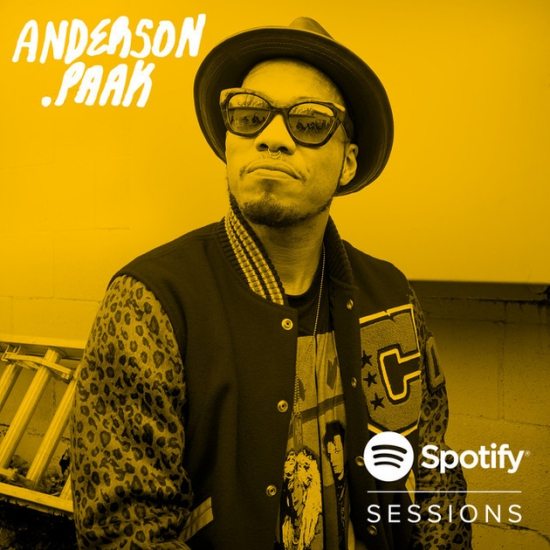 It's safe to say that Anderson .Paak has taken 2016 by storm. With his breakthrough album Malibu, the singer/songwriter/drummer/rapper may have released the best album of the year and has used the momentum from it to propel him into the spotlight. He's been a strong fixture on the touring and festival circuit for most of the year and even made it onto our TV screens with appearances on The Tonight Show Starring Jimmy Fallon and Late Show With Stephen Colbert. If you still haven't gotten the AP live experience (even with all those opportunities), don't worry. The good folks at Spotify have got you covered, recording his appearance at this year's SXSW for their Spotify Sessions series.

Anderson's Live From Spotify House SXSW '16 gives you an unfiltered taste of .Paak performing at top level. He delivers five of Malibu's tracks, including the BJ the Chicago Kid-featuring "Waters," dance floor-filler "Am I Wrong," "Come Down" and "The Season / Carry Me." But the set isn't just for johnny-come-latelies who only discovered .Paak's greatness this year. He opens with his portion of Jonwayne's "Green Light" and goes on to deliver Venice track "Miss Right" as well as "Suede" by NxWorries (Anderson's collaborative effort with producer Knxwledge). In between the music, you also get a feel for Anderson's boisterous personality, as he jokes, giggles and talks matter-of-factly to the crowd.

So if you missed on catching your boy do his thing live, then this might be your last chance. Check out the stream of Live From Spotify House SXSW '16 below. After that, you might want to check Anderson's website to see if it's possible to catch him live one last time this year.