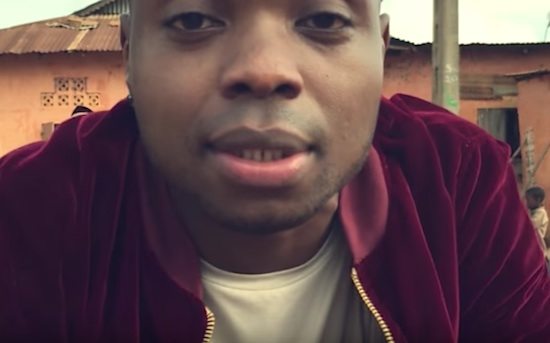 For the music video for his single "Different (Dan E Remix)," child of the world Shirazee filmed it on location in 13 countries over 31 days using only his iPhone. This clip finds the viewer watching Shirazee’s interactions in Egypt, Dubai, Italy, France, the UK, South Africa and the United States. Paired with the lyrics of the song, it’s clear that in all the beauty he’s encountering, Shirazee is trying to figure out what sets one thing apart from the other.

In fact, Shirazee is telling us the story of what sets him apart from the crowd. His own unique upbringing has carried him around the world, starting in Benin where he then hopscotched around the globe eventually settling in New York City where he was able to secure a publishing deal. The singer/songwriter has penned tracks for a variety of acts, from Sting to Ty Dolla $ign to Kiesza, before deciding to carve out his own path with his debut single. Musically, "Different" matches Shirazee’s warm tone with dreamy synth beats and guitar. Perhaps the most fun part of the visual is when the music fades at the end of the clip, Shirazee returns his family who happily welcome him home with dancing and singing his song.

There's no word on any follow up music yet, but if "Different" is anything to go by, Shirazee’s creativity and determination will have us in good stead in the very near future. Go around the world with Shirazee in the "Different (Dan E Remix)" video and listen to the original track below. Keep up with Shirazee's moves, musical and otherwise, on Facebook, Twitter and Instagram.