Take An Audio Trip With BROOKZILL!’s ‘Mad Dog In Yoruba’ 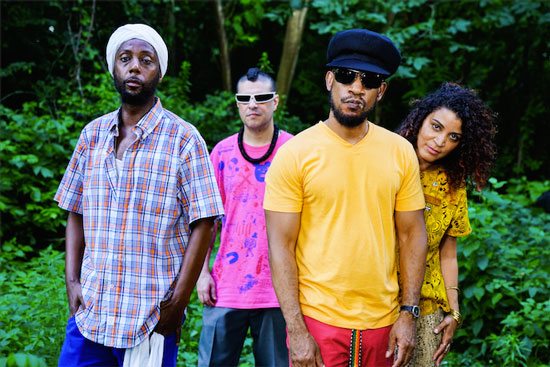 Musical melting pot BROOKZILL! offers up another dose of hip-hop, soul and world music on their latest single “Mad Dog In Yoruba.”

Fresh off their first-ever live performance at SOB’s in New York City, BROOKZILL! worked with Brazilian artists Fafá De Belém and Metá Metá to deliver an infectious dance track with universal appeal despite any language barriers. The song begins much like a classic Fela Kuti Afrobeat groove with a mélange of guitars, bombastic horns and percussion moving through the first verse and carrying the entire song straight to the dance floor. The vocalists sing in their native tongue of Portuguese before Ladybug Mecca spits a verse that blends old school hip-hop with Afro-futurism making “Mad Dog In Yoruba” a perfect addition to the group’s forthcoming album, Throwback To The Future. Close your eyes and you can imagine Ladybug and fellow group members Prince Paul, Newkirk and Rodrigo Brandão tearing up the SOB’s stage while the audience danced, hypnotized by the Afro-Latino funk rhythms and hip-hop beats.

Already wanting more from BROOKZILL!? Hold tight until October 7th when their debut album drops, and get your BROOKZILL! fix by listening to “Mad Dog in Yoruba” right here on repeat. Don't be surprised if you can't sit still. Pre-order Throwback To The Future right now on Bandcamp or iTunes.