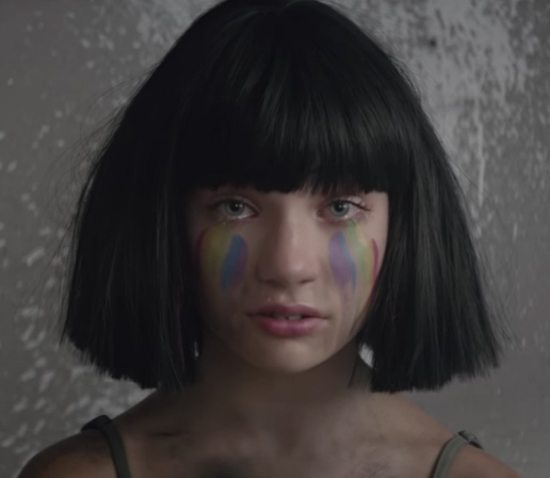 It's the Tuesday after Labor Day, so that means you need an inspiring collaboration and epic dance sequence to make your week move just a little quicker. You can find that in Sia's latest offering, "The Greatest," which features one of the greatest rappers right now Kendrick Lamar. The single is a pop-laced, infectious track that will get stuck in your head the minute you press play. The enigmatic artist creates a beautiful single, where she repeats, "I got stamina," throughout and K. Dot demonstrates it by blessing the track with his bars, rapping, "I transform with pressure, I'm hands-on with effort / I fell twice before, my bounce back was special / Letdowns will get you, and the critics will test you / But the strongest survive, another scar may bless you, ah."

The visuals don't include Kendrick, but do feature Sia's muse and collaborator Maddie Ziegler. Directed by Sia and Daniel Askill, we watch Maddie in a visually stunning performance where she frees children and leads them in unforgettable choreography. While the visuals showcase freedom, innocence and the kids' goofy expressions, it ends with the young ones tiring out and back behind bars.

It looks like "The Greatest" isn't on Sia's 2016 album This Is Acting but we'll see it on her newly announced next album, We Are Your Children. She's also set to go on a 22-city tour this fall with special guests Miguel and AlunaGeorge. Be sure to check out her website for tour dates to see if she'll be in a city near you.

Stream "The Greatest" below and watch the video right here. If you like what you hear from Sia and King Kendrick, you can purchase the song on iTunes.


TAGS:  AlunaGeorge, audio, Daniel Askill, kendrick lamar, Maddie Ziegler, miguel, Sia
Previous: Sampha Shares His Introspective ‘No One Knows Me’ & Sheds His ‘Blood’ On ‘Late Show With Stephen Colbert’ Next: Chris Brown Reflects On Life & Love On ‘What Would You Do?”