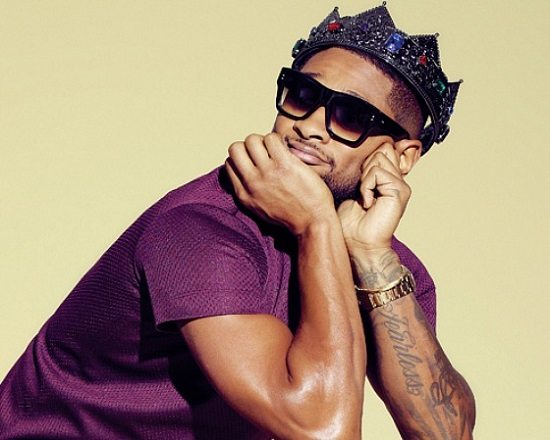 Usher is just over a week away from releasing his highly anticipated album Hard II Love. Of course that means the inevitable flood of leaks, and today we have the new Ursh track "Bump" in our hands.

"Bump" utilizes two vocal samples, key collaborator Lil Jon's ATL shout out and now-iconic "WHAT!" and Luke's "Don't stop" from "I Wanna Rock," as unlikely accents to a sensual slow jam about getting down. The two samples kick things off as sensual synth strings and piano fill in the rest, laying a solid, sexy foundation for Usher to lay down his yearning falsetto. "I don't know where we goin' / And I don't know what to call this / And I don't know how it started, but I'm ready to go," he croons before the chorus. Then Ursh flexes his flow, giving us a bit of his rhyme skills for added flavor. While rapping Usher is rarely our favorite version of the singer, something about the sexy way this groove works has us willing to forgive it.

In addition to the new leak, we also get a chance to get up close and personal with Usher courtesy of BBC's 1Xtra Live Lounge. They took their show across the pond to capture the singer in Los Angeles, where he gives an insightful interview about the new album and his approach to music that is interspersed with stripped down performances of his single "Crash" as well as past hits like "Love In This Club," "Climax," "Nice and Slow" and a cover of The Chainsmokers' song "Don't Let Me Down."

If you were looking for a healthy dose of Usher today, look no further. Check out "Bump" (which may or may not be included on Hard II Love) and his appearance in the Live Lounge below.


TAGS:  audio, lil jon, luke, luther campbell, The Chainsmokers, usher
Previous: Chris Brown Reflects On Life & Love On ‘What Would You Do?” Next: BADBADNOTGOOD Drops A Bomb On Us For ‘Chompy’s Paradise’