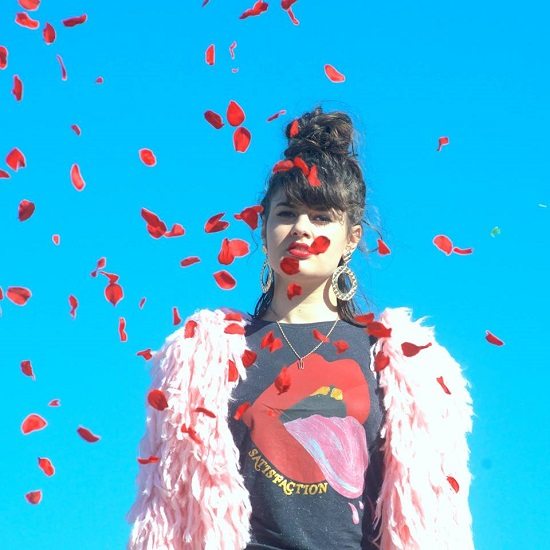 After we named her Bounce-Worthy, we expected big things from New Zealand native Wallace, and damn if she hasn't delivered. Since dropping her first two singles "Vinyl Skip" and "Beauty," Wallace has been on a bit of a tear, releasing two other singles "Is It You?" and "Negroni Eyes" and now is coming to us with her doozy of a fifth (!) single, "Raffled Roses."

For the track, Wallace teams up with producer Godriguez, who provides her with a vibe-y, tropical-influenced beat to lay down her raspy, jazz-inflected vocals. Starting off slow at first, the song gradually builds, eventually introducing a shuffling groove as Wallace shows that she's not exactly gentle with young men's hearts, tossing away their tokens of their affections like rose petals in blowing away in the wind.

Wallace had this story to share about the song: "A very close family friend back home in NZ breeds orchids, and surprised me with a hippeastrum he'd bred and officially named 'Vinyl Skip' (after my first single). He is currently working on one for 'Beauty', and will continue to breed one for every one of my singles. He and my mum have had a running joke for years that I'm a bit of a heartbreaker - I thought the image of raffling off roses was a perfect way to marry his botanical prowess with my apparently 'cold heart.'"

While we highly doubt that Wallace's heart could be that cold, her latest single is undoubtedly the hotness and has us looking forward to her full-length debut. Check it out below and, as a bonus, hang around to catch a peek at  her video for "Negroni Eyes."